Live At The Perth Concert Hall 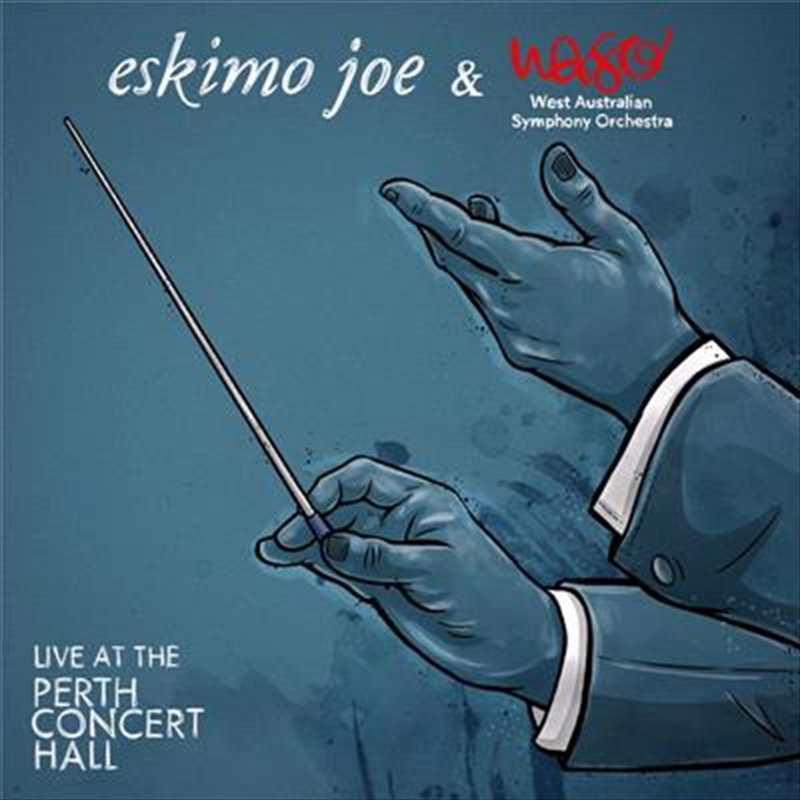 Live At The Perth Concert Hall

To celebrate their 21st anniversary as a band, Fremantle trio Eskimo Joe embarked on one of their most rewarding projects to date: reimagining key moments from their rich catalogue for performances backed by the country’s finest orchestras.

Eskimo Joe frontman Kav Temperley holds clear memories of stepping on stage for the first of these orchestral shows, performing with the West Australian Symphony Orchestra (WASO) in front of a sold-out audience in February 2018.

“The first time we stepped on to the stage at the Perth Concert Hall and sang with the full weight of the orchestra behind us, it was near impossible to wipe the smiles off our faces,” Kav says. “To see and hear our songs reimagined into orchestral form was a truly unique way to be able to reflect on a career that has taken us from jamming in our bedrooms to playing our music internationally.”

Eskimo Joe & The West Australian Symphony Orchestra’s Live At The Perth Concert Hall is set to be released on CD and digital services on Friday August 30, providing fans the chance to hear 13 songs recorded on the special evening. Months spent subtly modifying arrangements paid off in spades for the band, with tracks revealing exciting new facets in their orchestral forms.

“Reimagining our songs as orchestral pieces was such a uniquely inspiring undertaking,” guitarist Stu MacLeod says. “The arrangements came up beautifully. Songs like Running Out Of Needs, Comfort You and Childhood Behaviour, which may have been previously overlooked as album highlights, took centre stage, with incredibly rich dynamics and exciting crescendos.”

Eskimo Joe’s achievements over the past 21 years include an impressive 35 ARIA Award nominations and sales in excess of 750,000 albums, but the band is unified in naming Live At The Perth Concert Hall one of their favourite moments to date.

“We feel so privileged to have had the chance to showcase our songs like this and it will remain, for years to come, one of the highlights of our career,” Kav says.

Live At The Perth Concert Hall may have earned Eskimo Joe standing ovations, but it’s no curtain call. With a massive reprise performance at Perth’s Kings Park with WASO in December, as well as a number of headline dates and shows supporting Jimmy Barnes, Eskimo Joe will round out 2019 with a renewed focus.

10. Running Out Of Needs