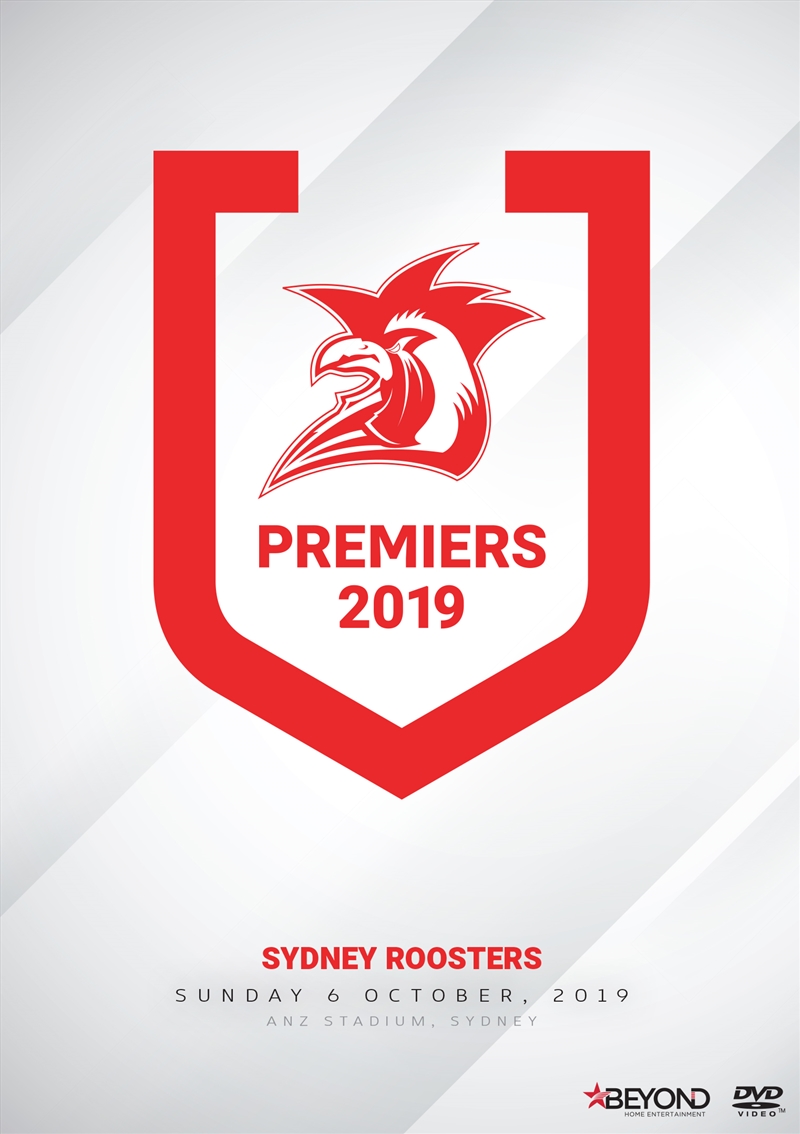 Shipping - See delivery options.
Postcode:
Quantity:
SEE MORE IN:
Up To 50% Off Boxsets Everything NRL

Back-to-back Premierships – the Sydney Roosters have done it again! With consecutive Grand Final victories, the Eastern Suburbs club have proved themselves to be the benchmark against whom all other teams measure themselves.

Under the guidance of Trent Robinson, the Sydney Roosters have assembled a truly formidable playing roster possessing both the attacking flair and defensive resilience to beat any opposition.

A powerful forward unit consisting of Boyd Cordner, Jared Waerea-Hargreaves, youngster Victor Radley and hooker Jake Friend provide the grunt in the middle of the pitch upon which the halves pairing of Luke Keary and Cooper Cronk are given the ideal platform on which to guide their side around the park. And with a scintillating backline featuring speed merchants Latrell Mitchell, James Tedesco and Daniel Tupou, the Sydney Roosters possess the tools to ask questions of any defence.

With second spot on the ladder secured, the Roosters faced arch-rivals South Sydney Rabbitohs in a Qualifying Final and proved themselves too powerful as they secured victory and a crucial week’s rest. Facing the Minor Premiers Melbourne Storm in the Preliminary Final, the Roosters dug deep to weather the Storm to emerge victorious and book their berth in the 2019 NRL Telstra Grand Final.

Against Canberra Raiders, the boys from Bondi surged to victory, lifting the Provan-Summons Trophy for the second time in succession and sparking celebrations across its Eastern Suburbs heartland with a triumph that cements the Roosters’ place as one of the best football sides of the modern era.