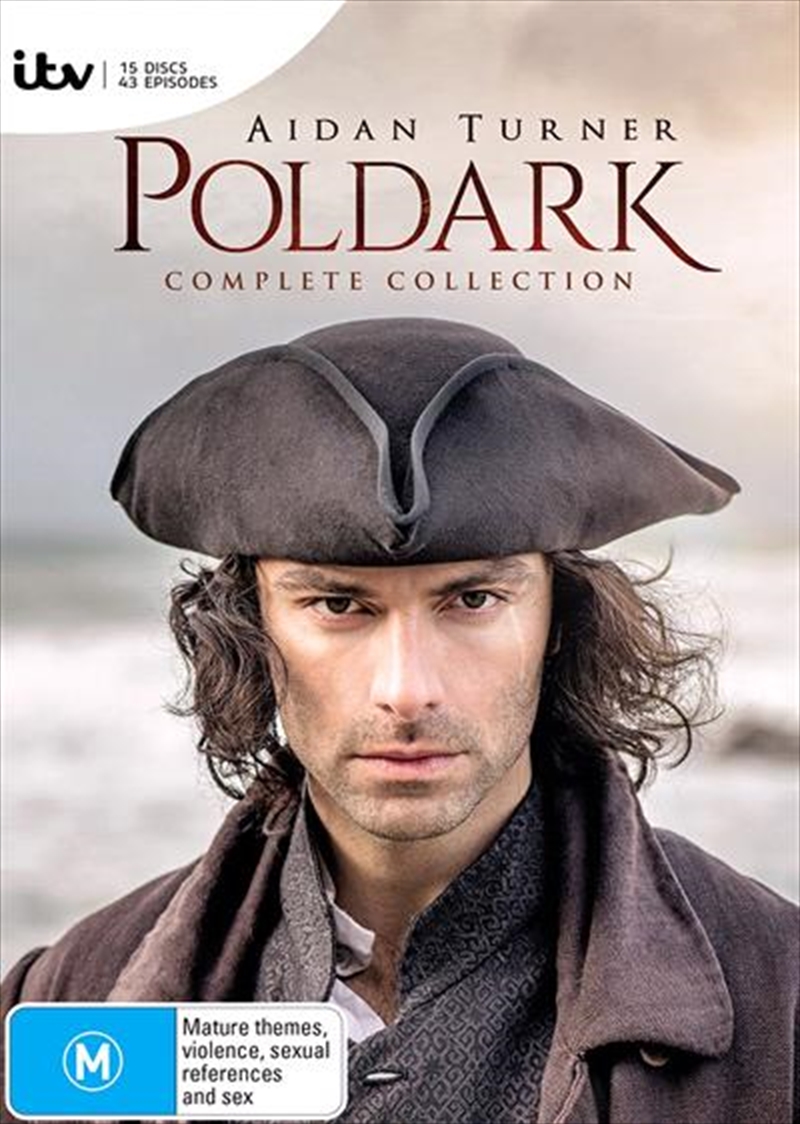 Features all five seasons of the outstanding historical family saga that has taken audiences by storm worldwide. Set against the spectacular landscapes of the Cornish coast, Poldark is full of unforgettable characters, captivating storylines and fiery romance.
The drama opens in 1783, when Ross Poldark (Aidan Turner) returns home from the American Revolutionary War to find his beloved Cornwall in the grip of recession. His father has died, his mine is in ruins and his childhood sweetheart Elizabeth (Heida Reed), is now engaged to his cousin. Salvation comes in the form of Demelza (Eleanor Tomlinson), who Ross employs as a serving maid. Across five gripping seasons, Ross faces battles both at home and abroad. Amid catastrophic losses, significant triumphs and shattered relationships, can he protect everything he holds dear? And at what cost?