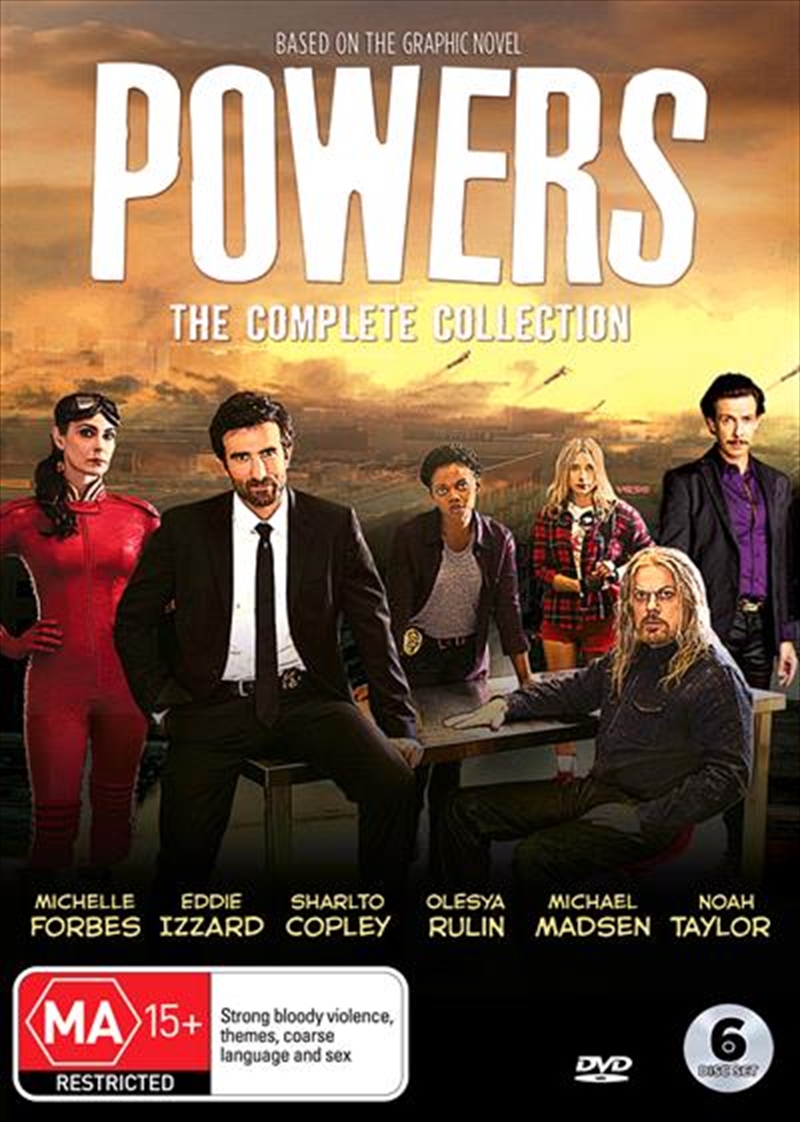 What if the world was full of superheroes who arent actually heroic at all? What if all their powers were just one more excuse for mischief, mayhem, murder and endorsement deals? Enter the men and women of the powers division, the brave people in charge of protecting humans like us and keeping the peace over commercialised, god-like men and women who glide through the sky imposing their power over the mortals who both worship and fear them. Based on the graphic novel by Michael Avon Oeming and Brian Michael Bendis, the edgy and dramatic Powers follows the lives of two homicide detectives, Christian Walker (Sharlto Copley) and Deena Pilgrim (Susan Heyward), who are assigned to investigate these cases. This special edition complete collection features all 20 episodes of this thrilling series.
DETAILS