Place Promised In Our Early Days, The 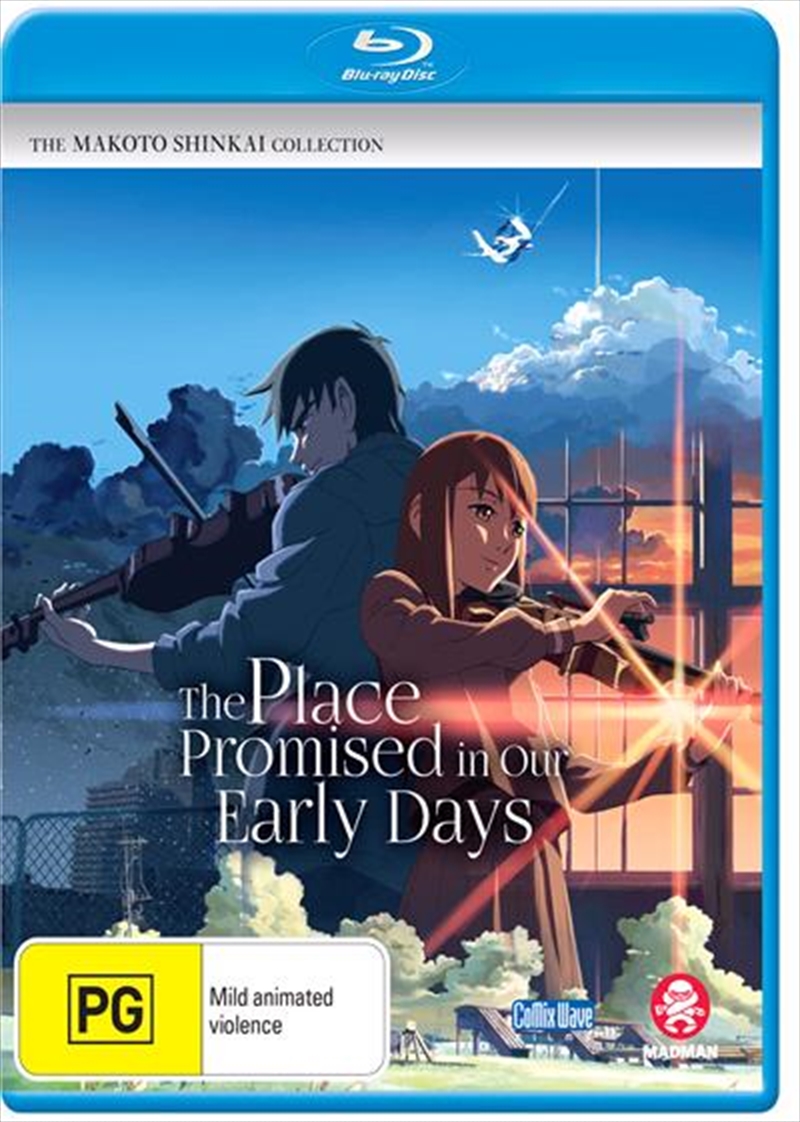 Place Promised In Our Early Days, The

DESCRIPTION
Against all odds, a promise will be kept...

Set in an alternate universe, Japan has been divided since World War II. To the north, Hokkaido has been annexed by the Union while Honshu and other southern islands exist under US sovereignty. A gigantic and mysterious tower has risen in the north, easily viewed across the across Tsugaru Strait from Aomori, the northernmost prefecture of Honshu. In the summer of 1996, three 9th-graders had made a promise that one day they'll build an aircraft and unravel the tower's mystery, but their project was abandoned after the girl, Sayuri Sawatari, began experiencing sleeping sickness and transferred to Tokyo for better treatment. Three years later, Hiroki Fujisawa has accidentally found out that Sayuri has been in coma since that time and with the help of his friend, Takuya Shirakawa, he will seek a way to revive her. What the friends don't know is that Sayuri's unconsciousness is somehow linked with secrets of the tower... and the world. This sci-fi story centers around three teenagers, a rip in the space-time continuum, and the perseverance to keep a promise against all odds. The film captures slice-of-life beauty between three friends, while epic events threaten to drive them apart.
DETAILS

Title: Place Promised In Our Early Days, The