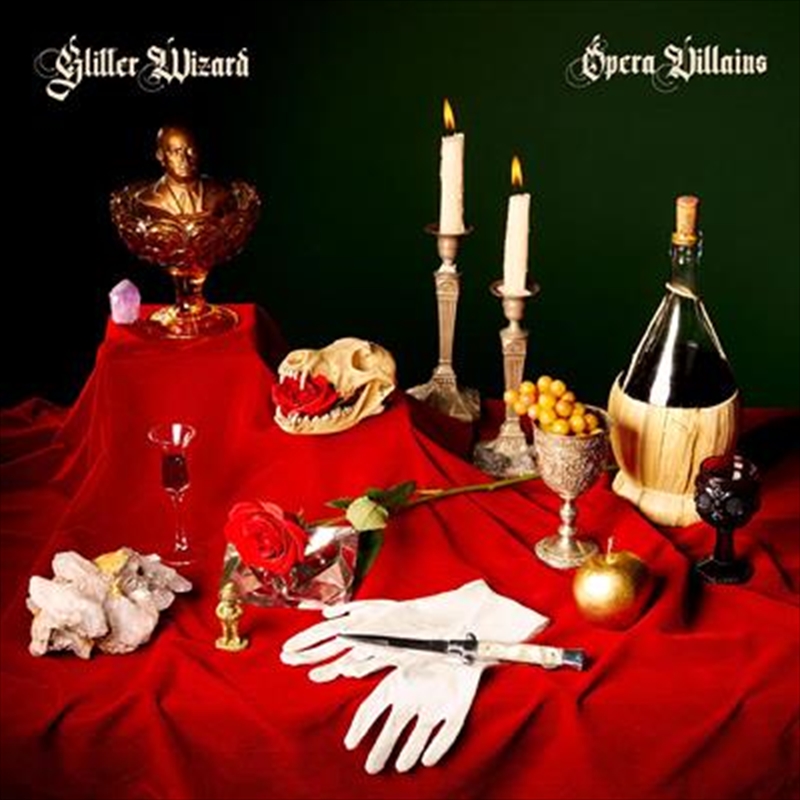 Are they glam? Are they metal? Stoner rock? Psych? Prog? For over a decade, people have been trying to pin down Glitter Wizard but this San Francisco band refuses to be pigeonholed. Pulling influences from the entire heavy rock canon, G Wiz combines scorching guitar riffs and spaced out synths to creates something familiar, yet entirely new and weird.

Their latest album, Opera Villains, brings the heat that we've come to expect from the band but adds a layer of dramatism that we haven't heard before. Glitter Wizard plays a unique brand of freak rock and roll that Julian Cope once described as 'unashamedly glamorous hard rock'and he's not wrong.

For the past decade ,these San Francisco heshers have been wowing rock fans with heavy riffs and a high octane stage show that combines psych,metal,punk,glam,and prog into a sound that is both hard to pin down and easily recognizable as their own.

Glitter Wizard have released three full length albums, as many Eps, and are currently preparing to record their fourth studio album via Heavy Psych Sounds!