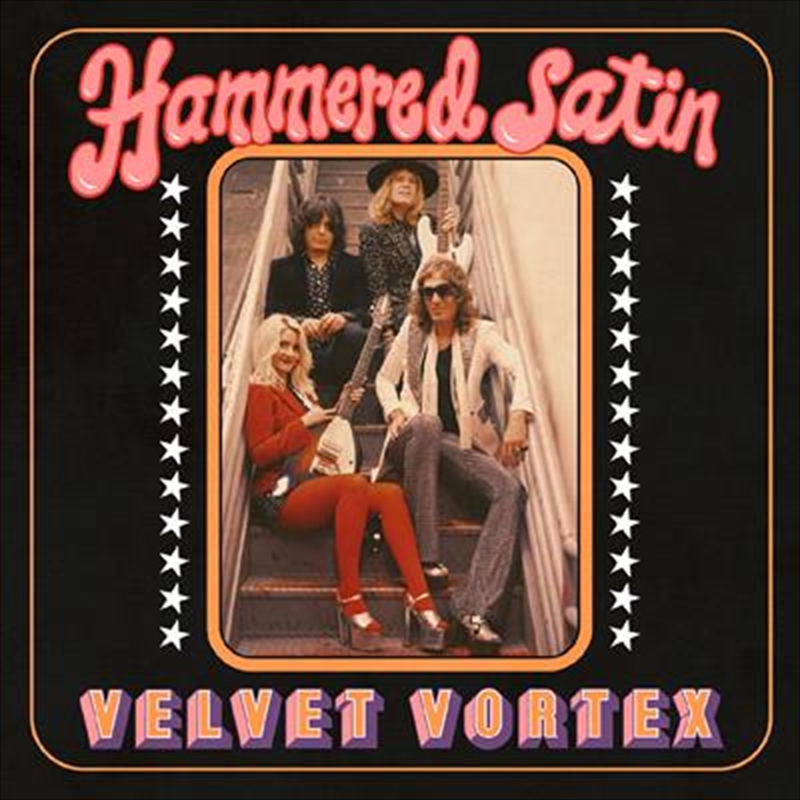 These guys have been riding their own Glam fueled rockin' rollercoaster for nearly a decade now and on their second album, 'Velvet Vortex', they set their time machine to 1970's and throw away the key. On 'Velvet Vortex' they take you back to the early to mid 70's pre-punk Glitter days brandishing a powerful, high-energy Glam Rock sound that brings to mind the Glitter filled, glory-days of bands like Slade, the Sweet, T. Rex, Mud and the Glitter Band. Their music is built around bold, monstrous riffs with a tuff, driving rhythm section blasting nearly a dozen souped up tracks of mid-fi rumble rock.

It's bubblegummey and infectious and infused with the Junkshop Glam electricity of bands like Chicory Tip, Hello, Spiv and Hector complete with a rolling thunder recording style straight outta 1973.