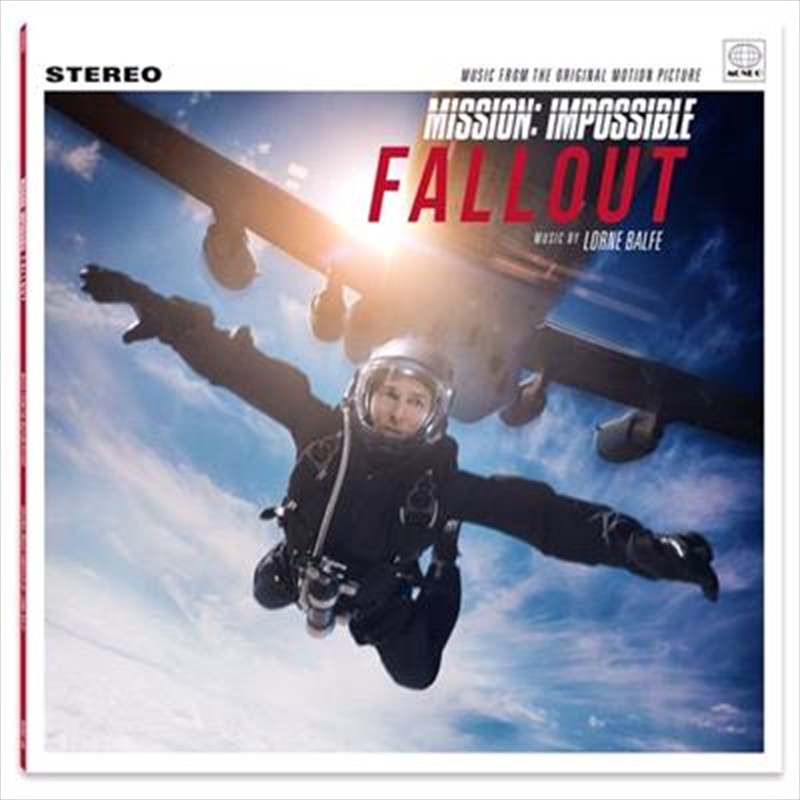 In a series defined by change, FALLOUT represents a first - the first in the long running series to carry its director (Christopher McQuarrie) over from the previous film.

In a deliberate effort to keep this chapter fresh, McQuarrie decided to bring on a whole new group of talent behind the scenes - including composer Lorne Balfe.

Crafting a modern, militaristic, melancholic soundscape with classic Schiffrin themes that have defined the franchise for nearly 50 years, Balfe's score is a standout in the series, giving the film the weight and balance it needs to glide effortlessly from setpiece to setpiece.

A1. A Storm Is Coming

A3. Should You Choose To Accept.

A6. Change Of Plan

A7. A Terrible Choice

B1. Stairs And Rooftops

B2. No Hard Feelings

B4. The White Widow

C4. We Are Never Free

D2. And The Warrior Whispers Back (Vinyl Edit)

D5. Cutting On One