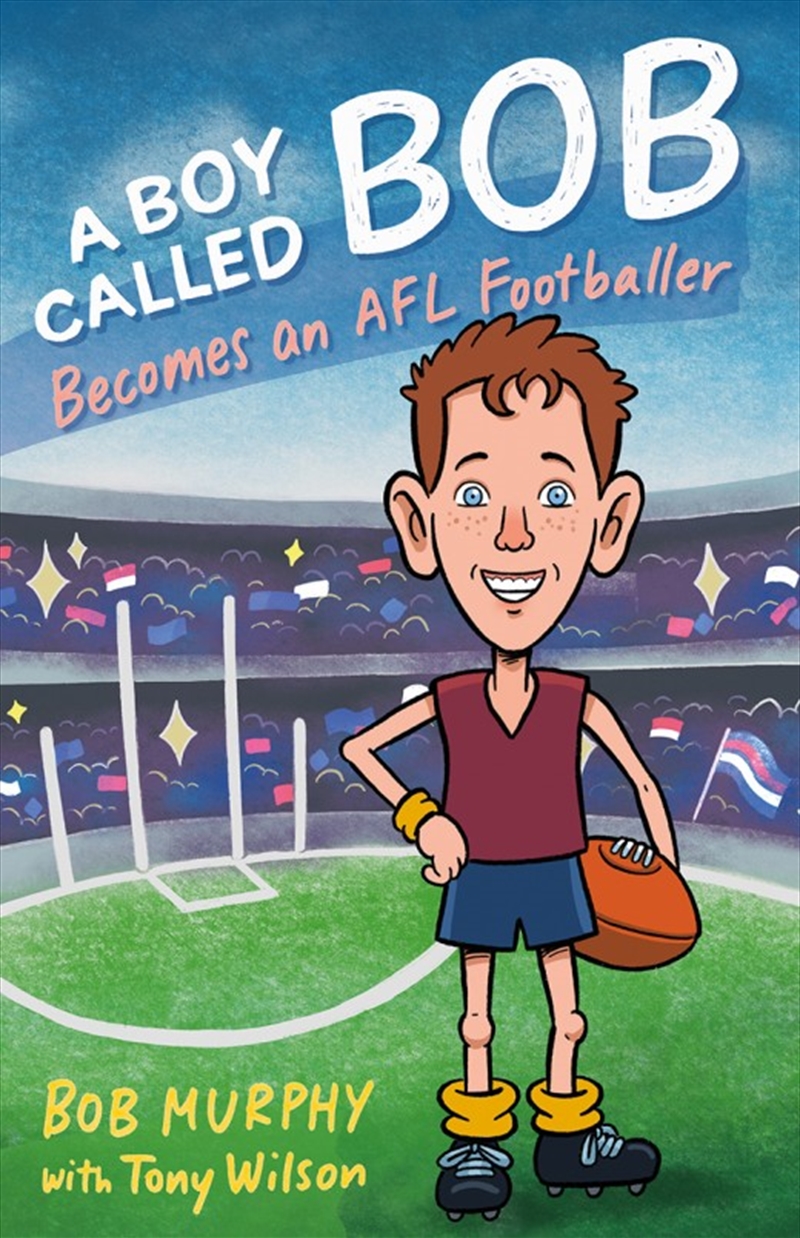 Shipping - See delivery options.
Postcode:
Quantity:
SEE MORE IN:
Everything AFL
This is the story of a boy called Bob. He's a little scrawny, a little scruffy, and he likes to sniff footballs (weird). But he has the game in his veins and he's determined to be one of the greats, like his hero from the mighty Tigers, Matthew Richardson.

And he will be! But not without a few misadventures first ... His older brother and sister are the worst, he has a major crush on a girl who doesn't seem to notice him, and his footy oval at school is actually a rectangle and instead of grass, it's covered in gravel! But that's not going to stop him.

Follow Bob as he gets drafted to the Western Bulldogs at seventeen, slogs his guts out at training with the big Dogs, and eventually becomes one of the greatest football captains ever.