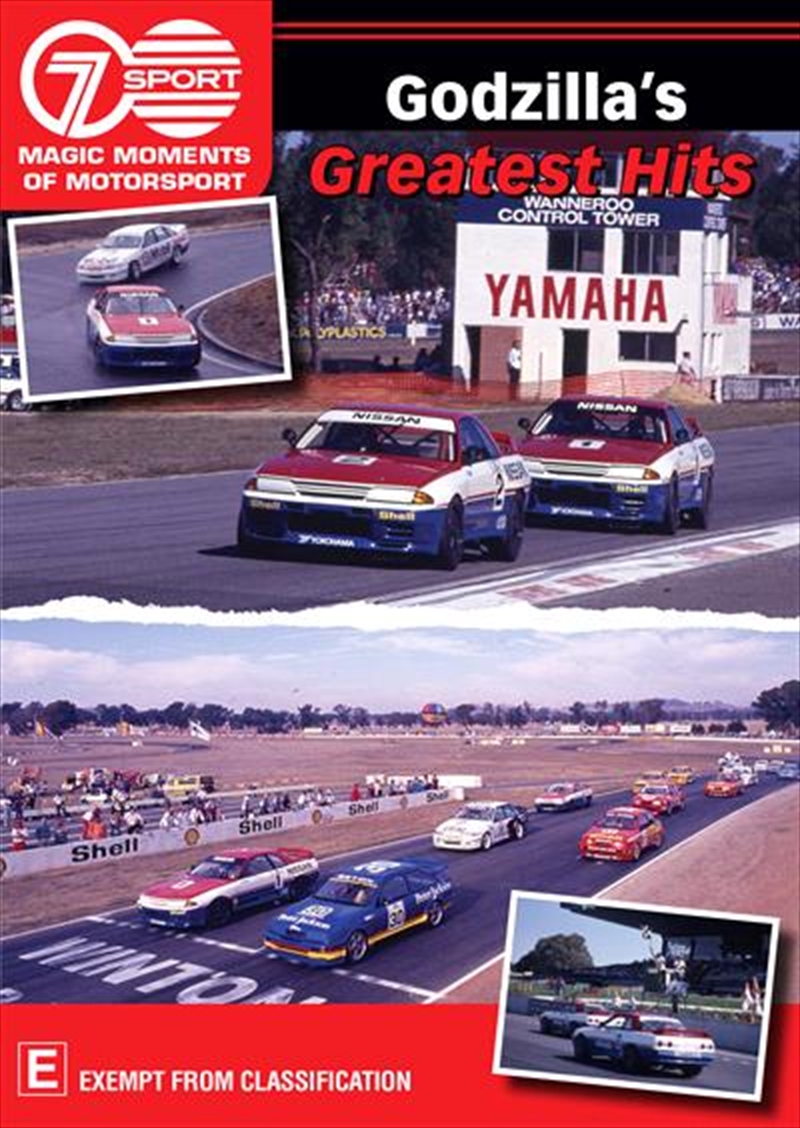 Four victorious Nissan GT-R races from the vault. THE Nissan GT-R will forever remain one of the most devastatingly fast cars in the history of Australian touring car racing and on this release we celebrate four of its best races. The six-cylinder, twin-turbo, four-wheel-drive car dubbed Godzilla only competed across three years of Australian Touring Car Championship racing - 1990, 1991 and 1992 - but it made an impact that will be talked about forever.Run under the direction of Fred Gibson's team with Jim Richards and Mark Skaife at the wheel, the Nissan GT-Rs proved to be the ultimate Group A weapon.On this release we take in four rounds of the 1991 Australian Touring Car Championship won by these iconic cars at Sandown, Symmons Plains, Wanneroo and Winton in a season where Richards claimed his fourth ATCC crown and second in a row.In an added bonus we've included these races in full on this DVD with all of the action from the commercial breaks included so you don't miss a second of these important races from Australian touring car history.This DVD is a must-have for your collection of Seven Sport Magic Moments of Motorsport titles, celebrating a brilliant era of racing at one of Australia's long-serving venues.