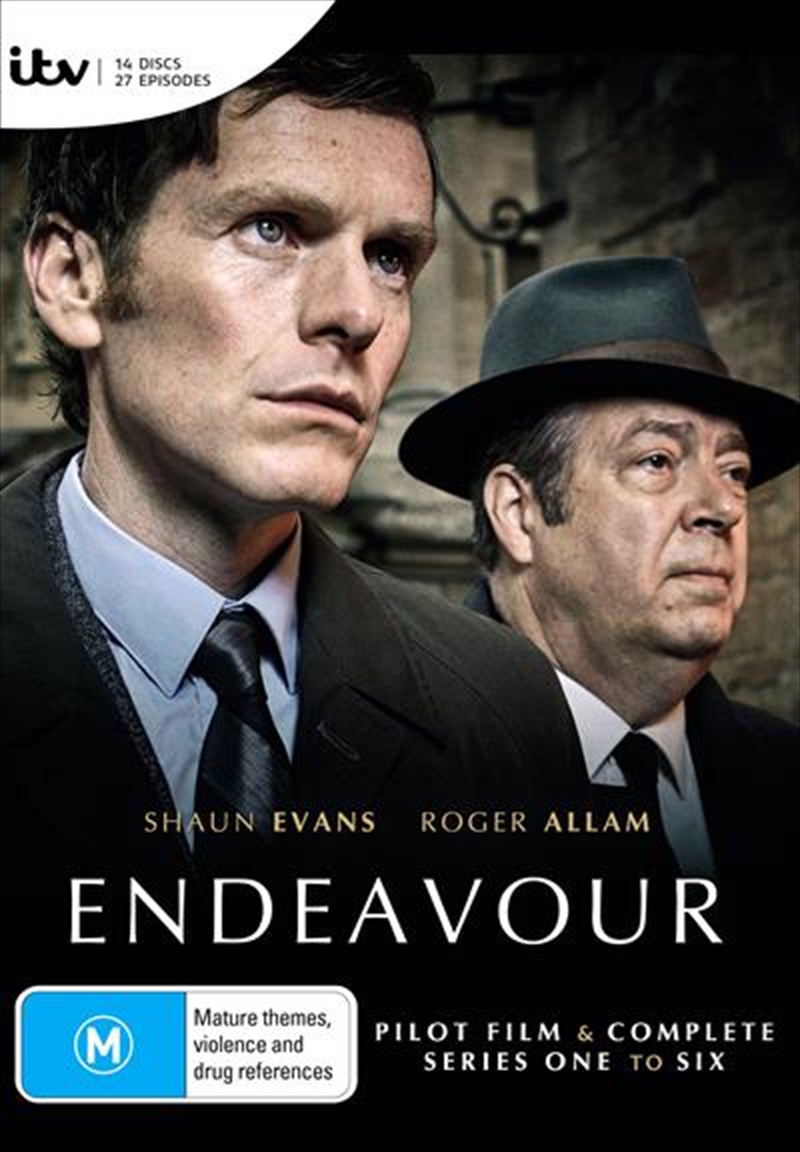 DESCRIPTION
Endeavour follows the newly forged relationship -- both working and personal -- between young DC Endeavour Morse and his senior partner, DI Fred Thursday. Returning actors include Shaun Evans as Endeavour and Roger Allam as Thursday, while Sean Rigby takes on the role of a young PC Strange -- the character who appeared in the original Morse series, played by James Grout. Abigail Thaw, the daughter of the first Inspector Morse, John Thaw, makes further guest appearances as Dorothea Frazil.
DETAILS