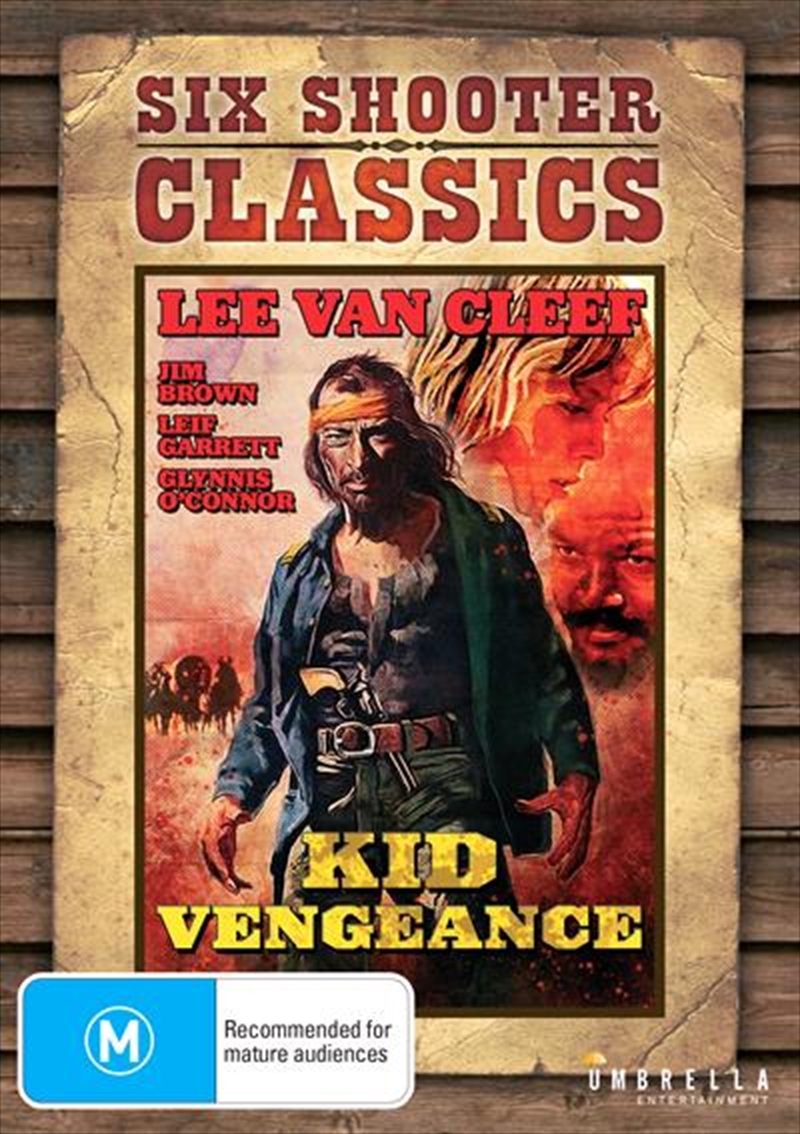 Shipping - See delivery options.
Postcode:
Quantity:
SEE MORE IN:
3 for $20 Movies & More Six Shooter Classics
DESCRIPTION
He watched them massacre his father... Shame his mother... Take his sister. They made him...

Lee Van Cleef (The Good, The Bad and The Ugly) stars as McClain, a ruthless and savage outlaw who heads a posse of murderers and thieves. After witnessing the murder of his parents and kidnapping of his sister, a young boy, Tom (Leif Garrett, The Outsiders), embarks on a personal vendetta to rescue his sister and avenge his parents' deaths. With the help of a prospector called Isaac (Jim Brown, Mars Attacks!), another victim of McClain's posse, the two form an unstoppable alliance that will bring death to those responsible.
DETAILS