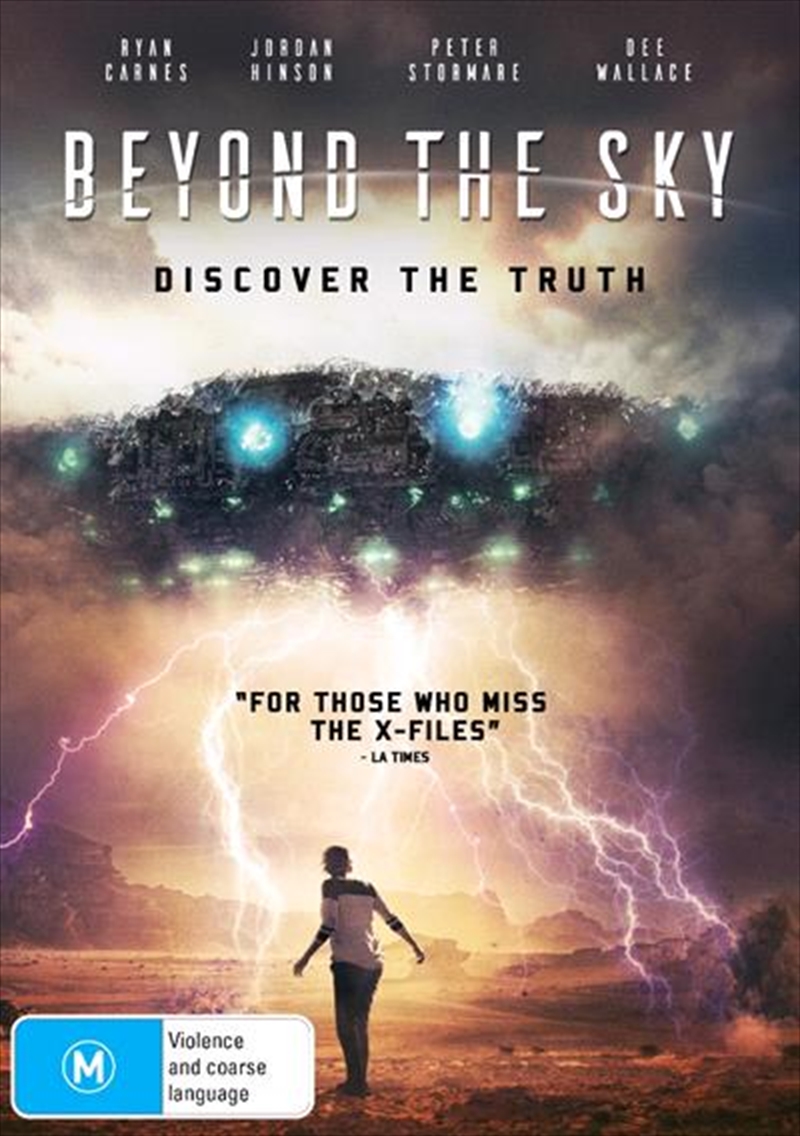 Beyond The Sky DVD

When Chris was a boy, he witnessed an argument between his parents. His mother leaves the house, there is a power surge and she vanishes. His father claims that she has been abducted by aliens. Chris is now a filmmaker and wants to expose the hoax about alien abduction that destroyed his family. He travels with his crew to New Mexico to interview people that claim to have been abducted by aliens. He meets Emily, who claims that she was abducted when she was seven, fourteen, and twenty-one years old. She will be twenty-eight in three days and Chris decides to stay with her to try and discover the truth about alien abduction.

Title: Beyond The Sky