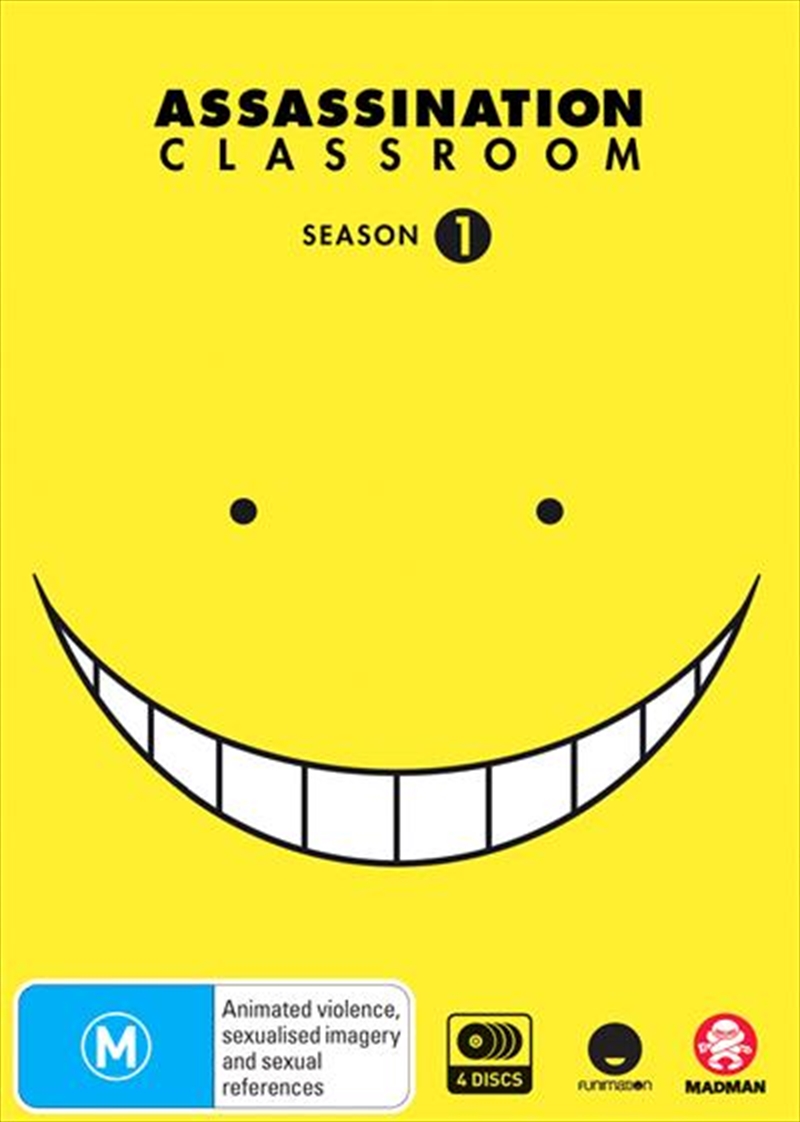 DESCRIPTION
Kill the teacher, save the planet!

Forget about homework and pop quizzes. The students of Class 3E have a far more important assignment: kill their teacher before the end of the year! A tentacle-d sensei that moves at Mach 20 is out to conquer the classroom after destroying seventy percent of the moon. In addition to reading, writing, and arithmetic, the murderous monster behind the lectern will teach his students everything he knows about the assassination game. Should some eager beaver prove to be a quick study in killing, he or she will save Earth from extinction and collect a hefty reward. But theyd better take some serious notes while class is in session because their slaughtering sensei has eight deadly tentacles just waiting to wreak havoc on humanity!
DETAILS