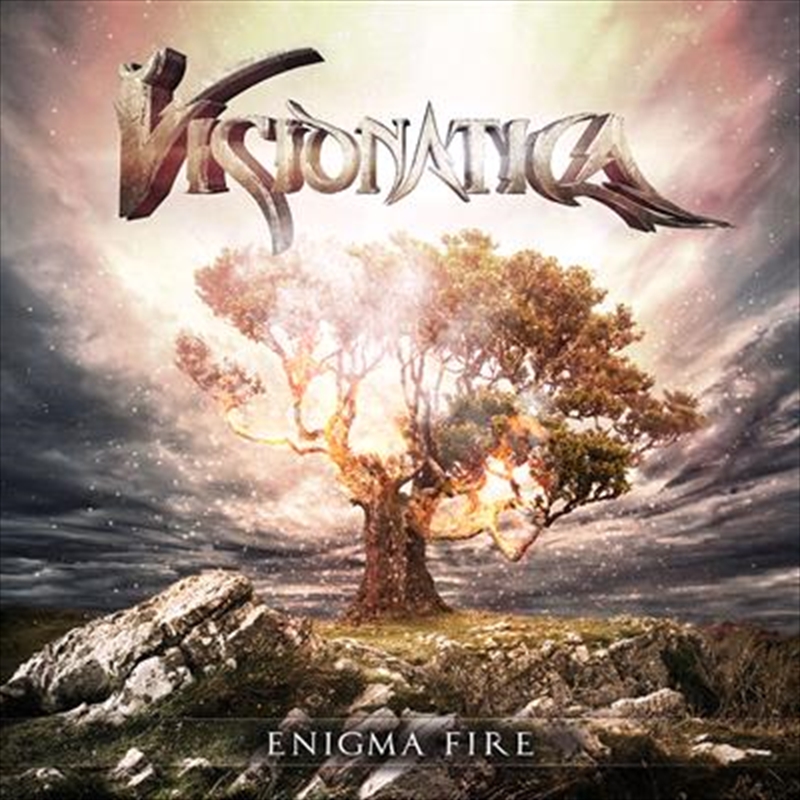 The band’s second album, “Enigma Fire” marks the beginning of their newly minted worldwide collaboration with Frontiers Music Srl. Fans of bands such as Within Temptation, Nightwish, Delain, Xandria, and the like, will find much to love here. VISIONATICA formed in 2013 and started to flesh out their idea for an approach to the symphonic metal sound. They envisioned a sophisticated concept and commenced writing songs for their debut.

The final result was an extremely melodic, but at the same time, powerful album full of energy in which skillfully composed orchestra sections merge perfectly with virtuoso guitars, driving drums, and the fantastic voice of their classically trained vocalist. With “Force Of Luna,“ VISIONATICA produced an album that tells stories about wolves, visions, lies, myths, and much more. With their popular first single, “She Wolf” and equally powerful songs such as “Certainty Of Benevolence“, the emotional duet “The Thorns” (with Winterstorm singer Michael Liewald), and more, the band had officially announced their arrival. “Enigma Fire” will prove that VISIONATICA are not simply resting on their laurels, as they are fully prepared and intent on taking things to the next level.

Get ready for bombastic orchestral arrangements paired with stunning fretwork and new musical influences outside of the box, which will take the listener on a sonic journey they'll want to experience over and over.

6. To The Fallen Roma

8. Secrets Of The Ancestors

9. Rise From The Ashes