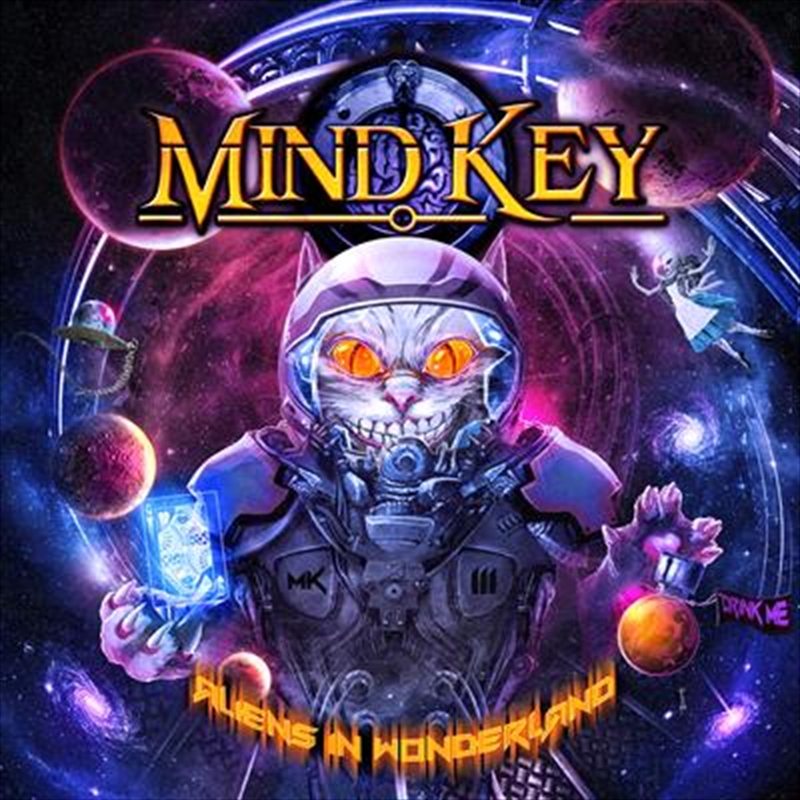 "MKIII - Aliens in Wonderland" marks the return of one of the most gifted Italian progressive metal outfits to the scene after a nine year absence.

Formed in Napoli in 1999 by Dario De Cicco (keyboards) and Emanuele Colella (guitars), the two wanted to create a band that melded the sound of bands like Dream Theater, Symphony X, Evergrey, and Pain of Salvation with a songwriting approach inspired by '80/'90s hard rock style.

Mind Key released their debut album, “Journey Of A Rough Diamond” in July 2004 on the Frontiers label. The band played various gigs in support of the album’s release, including shows with Dream Theater, Vision Divine, and Pendragon, among others. They then began work on their second album, “Pulse for a Graveheart”. Released in 2009, the album saw the band refining their songwriting approach and introduced their new singer, Aurelio Fierro. Fierro was truly able to showcase his vocal potential on the album, which can be described as a powerful mix of Ronnie James Dio, David Coverdale, and Jorn Lande. “Pulse for a Graveheart” grew the band's fanbase along with touring for the album which included shows with Edguy, Vanden Plas, Europe, and Hammerfall; however, the band went on an unexpected hiatus afterwards.

After a period in which Emanuele and Lucio moved abroad, Dario fought with a serious illness and Aurelio appeared on The Voice Italy TV show, finally the band went into the studio to cut their third album, which is easily the most mature of their career. Joined by two new band members, bassist Lucio Grilli (ex-Soul Secret) and drummer Mirko De Maio (The Flower Kings, Hangarvain), the songwriting is more hook and melody oriented than ever before with great melodies, whirling instrumental interplay, and of course, amazing metal vocals. MK entrusted mixing and mastering to Riccardo Piscopo, a young and talented neapolitan producer, who pushed the MK sound to soaring heights.

9. Vertigo (Where the Cold Wind Blows)