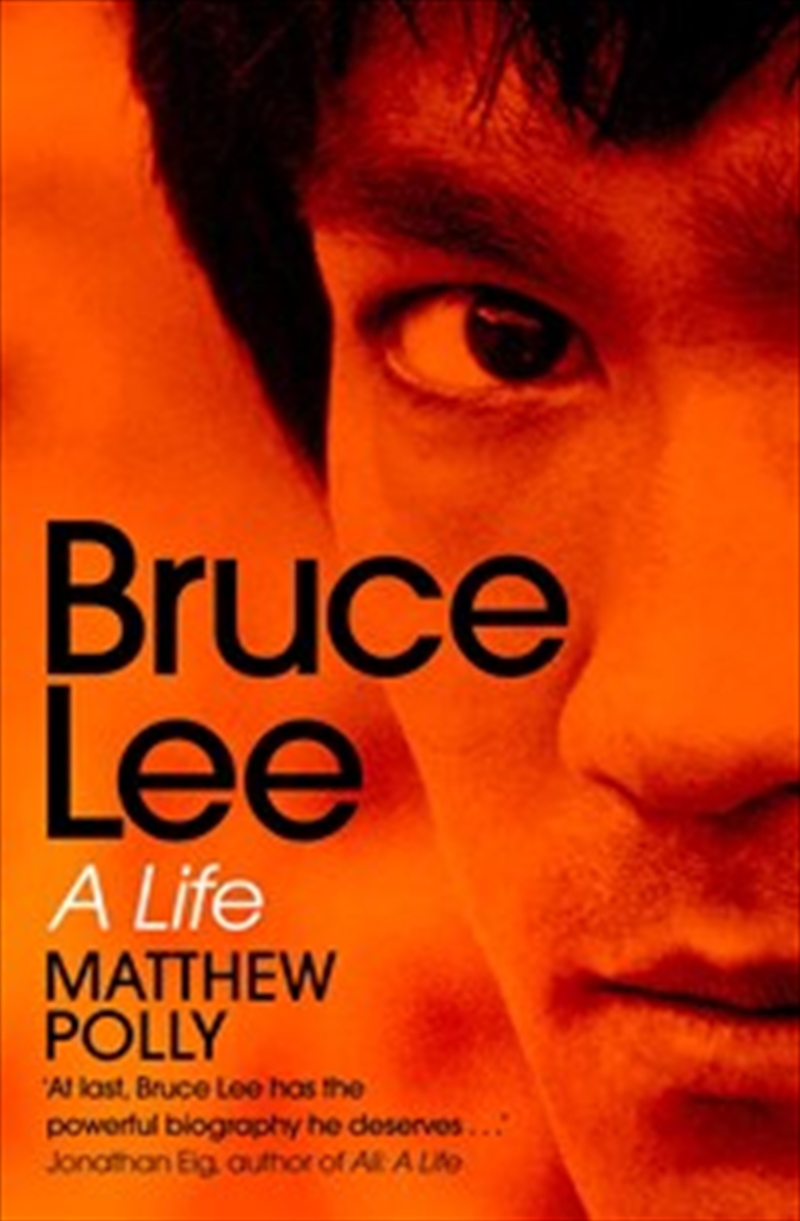 A Sunday Times Book of the Year 'For anyone interested in Lee's legacy, this is a roundhouse kick of a biography' - The Sunday Times 'At last, Bruce Lee has the powerful biography he deserves... It will thrill Lee's fans and fascinate the unfamiliar' - Jonathan Eig, author of Ali: A Life and Luckiest Man: The Life and Death of Lou Gehrig 'Meticulously researched' - Jimmy McDonough, author of Shakey: Neil Young's Biography and Soul Survivor: A Biography of Al Green 'You won't find a better match for a biographer with his subject than Matthew Polly and Bruce Lee... A definitive biography, told with passion and punch' - Brian Jay Jones, author George Lucas: A Life and Jim Henson: The Biography. More than forty years after Bruce Lee's sudden death at age 32, journalist and author Matthew Polly has written the definitive account of Lee's life. It's also one of the only accounts; incredibly, there has never been an authoritative biography of Lee. Following a decade of research that included conducting more than one hundred interviews with Lee's family, friends, business associates and even the mistress in whose bed Lee died, Polly has constructed a complex, humane portrait of the icon.

There are his early years as a child star in Hong Kong cinema; his actor father's struggles with opium addiction and how that turned Bruce into a troublemaking teenager who was kicked out of high school and eventually sent to America to shape up; his beginnings as a martial arts teacher, eventually becoming personal instructor to movie stars like Steve McQueen; his struggles as an Asian-American actor in Hollywood and frustration seeing role after role he auditioned for go to a white actors in eye makeup; his eventual triumph as a leading man; his challenges juggling a sky-rocketing career with his duties as a father and husband; and his shocking end that to this day is still shrouded in mystery. Polly breaks down the myth of Bruce Lee and argues that, contrary to popular belief, he was an ambitious actor who was obsessed with martial arts-not a great kung-fu master who just so happened to make a couple of movies.

The book offers an honest look at an impressive yet flawed man whose personal story was even more entertaining and inspiring than any fictional role he played on-screen. Praise for Matthew Polly 'Hypnotic...Tapped Out manages to humanize a sport once demonized as "human cockfighting" by deconstructing the stereotype of the martial-arts tough guy.' - The New York Times 'Tapped Out is a knockout for MMA fans, who will laugh at the intimate portraits Polly sketches of some of the sport's most famous personalities.

But it also works for those not familiar with the sport...You won't be disappointed.' - OpposingViews.com 'A delight to read.' - TheFightNerd.com 'Polly's self-deprecation in the painful learning process stands out as much as the witty prose. His delivery is Plimpton-esque.' - ESPN.com 'Smoothly written . . . Polly has a good eye for characters.' - Publishers Weekly