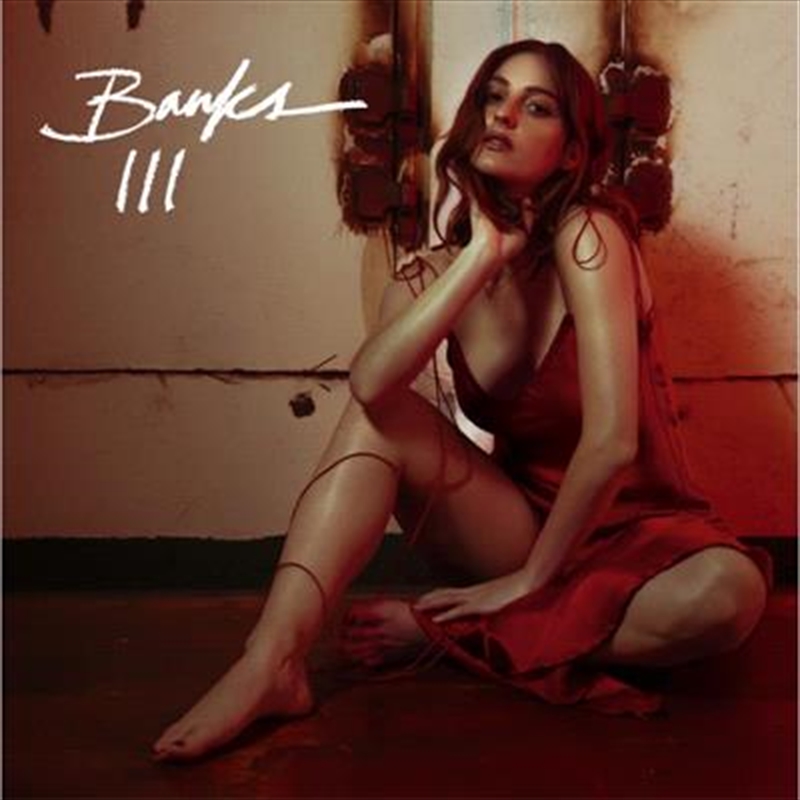 As BANKS prepares to release her third LP, titled simply, III, everything has gone from black and white -one extreme verses the other -to something more muted, something with more room for nuance. “Maybe it’s a kind of adulthood,” she muses, noting that she recently turned thirty. “It’s like, all the colors were already there, but now I know how to paint with them.

Black and white are still around but so is, like maroon.” She laughs. “Maroon is okay!” She pauses again, thinking. “This record, it's really about this transition between a girl and a wise woman,” she explains. “And all the in-between messy, gritty steps that takes.”

Throughout the duration of her appropriately titled third studio album ‘III’, listeners get to hear BANKS find herself in a confident new light. After taking a brief hiatus to regather her thoughts, the singer-songwriter spent some time to experiment with different sounds and to learn her truth. From heartbreak to embracing this new sassy confidence, the album becomes a rollercoaster of emotions for the listener. it’s by far her most confident body of work yet and stands strong next to her previous two records. Opening with the brief ‘Till Now’ she immediately cements the bold new sound before getting all DIY and gritty on the sassy ‘Gimme’. Introducing this confidence, the album continues to deliver those big moments like ‘Alaska’, ‘Godless’, ’Contaminated’ and ‘Look What You’re Doing To Me’ which all have a sassy and bold undertone to them. But ‘Stroke’ stands out immediately with its soaked distortion and dark synths. Reflecting on a toxic relationship she experienced with a narcissist, she also explores the addictive and sexy side of the relationship that had her toying with the idea of it. “You want me to stroke your ego”. One thing BANKS has always maintained through her career is a vulnerable and emotional side. While the songs on this album are a lot bolder sonically, she still has a couple of stripped back moments. ‘What About Love’, ‘Made Of Water’ and ‘Sawzall’ are the albums key emotional moments that are a lot more minimal compared to the others. But in saying that, she doesn't have any pure piano ballads like her first record. Instead these ballads are constructed in a different way. ‘III’ manages to deliver a bold collection of material that stands strong among her other two records. BANKS has once again she is a force to be reckoned with through her mix of vulnerability and sassy confidence.
See more from Thomas on his website
DETAILS