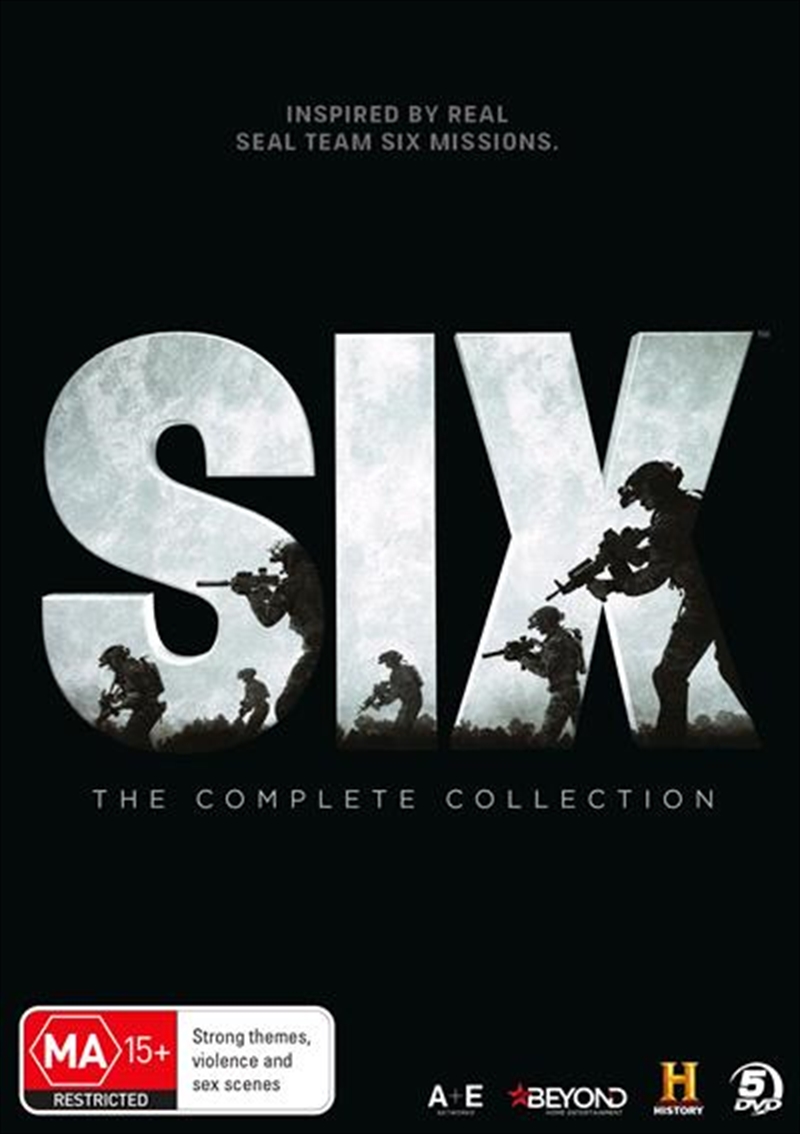 DESCRIPTION
Never leave a brother behind

Season One: SIX follows members of Navy SEAL Team Six modern American warriors whose mission to eliminate a Taliban leader in Afghanistan goes awry when they uncover a U.S. citizen working with the terrorists. Inspired by real missions, the series authentically captures the inside world of Americas elite special operations unit, what these SEALs do, their personal lives, combat, and the life-and-death decisions they make. Season Two: From A+E Studios, the ten-episode second season of SIX follows Navy SEAL Team Six in a mission to destroy the terrorist network responsible for the shooting of their former team leader Richard Rip Taggart. Led by Joe Bear Graves, the Navy SEALS will join forces with cunning and tenacious CIA officer Gina Cline to scour Eastern Europe, infiltrating hostile territory and terrorist hotspots like Chechnya as they track the mastermind behind the jihadist network. The chase will bring the Navy SEALs to the border of Russia, where the consequences of their actions could spark World War III.
DETAILS