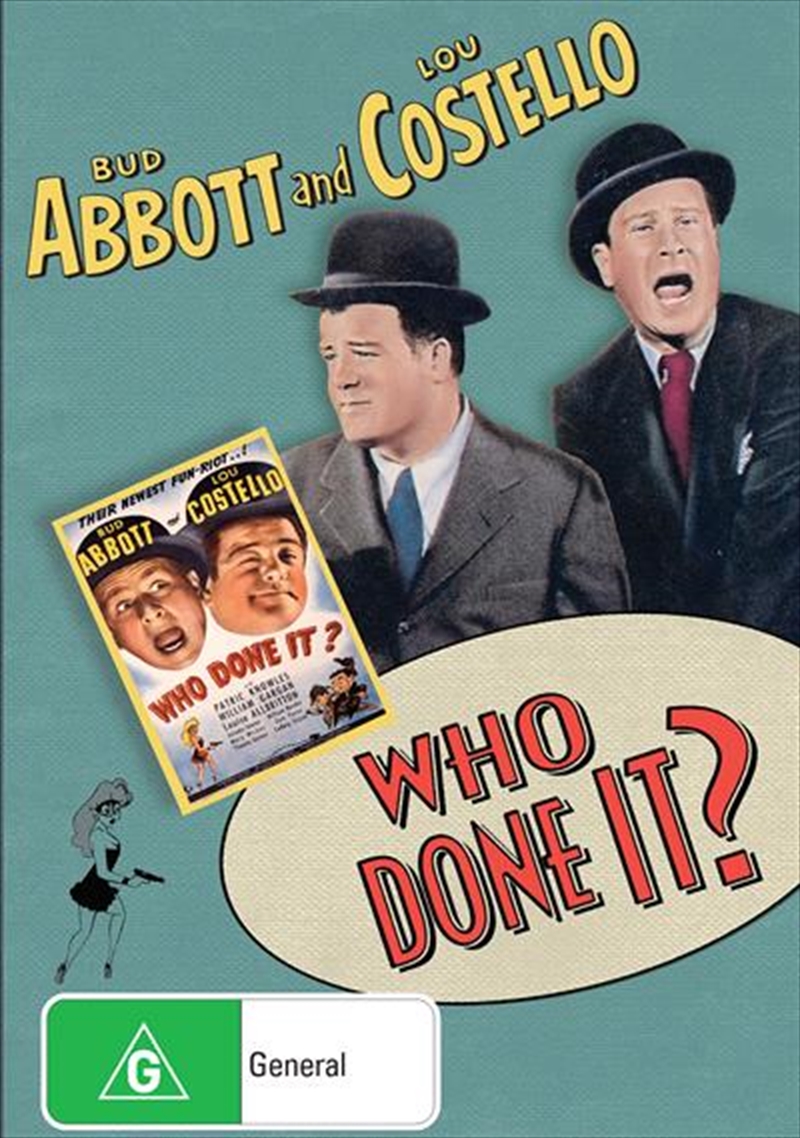 Shipping - See delivery options.
Postcode:
Quantity:
SEE MORE IN:
Shocking Clearance
DESCRIPTION
In this slapstick comedy thriller, Abbott and Costello play would-be radio writers who find themselves involved in a real murder during the recording of a whodunit play. Trying to solve the crime, they are targeted by the killer and suspected by the police. A madcap chase through the radio station features a riotous encounter with a fitful drinking fountain, a mix-up in a sound recordings library, and a runaway elevator. With a strong supporting cast including Mary Wickes as a wisecracking secretary and William Bendix as a cop whos even dumber than Lou. Who Done It? Has been called one of Abbott and Costellos best. by critic Leonard Maltin.
DETAILS

Title: Who Done It?