Abbott and Costello - Time Of Their Lives, The 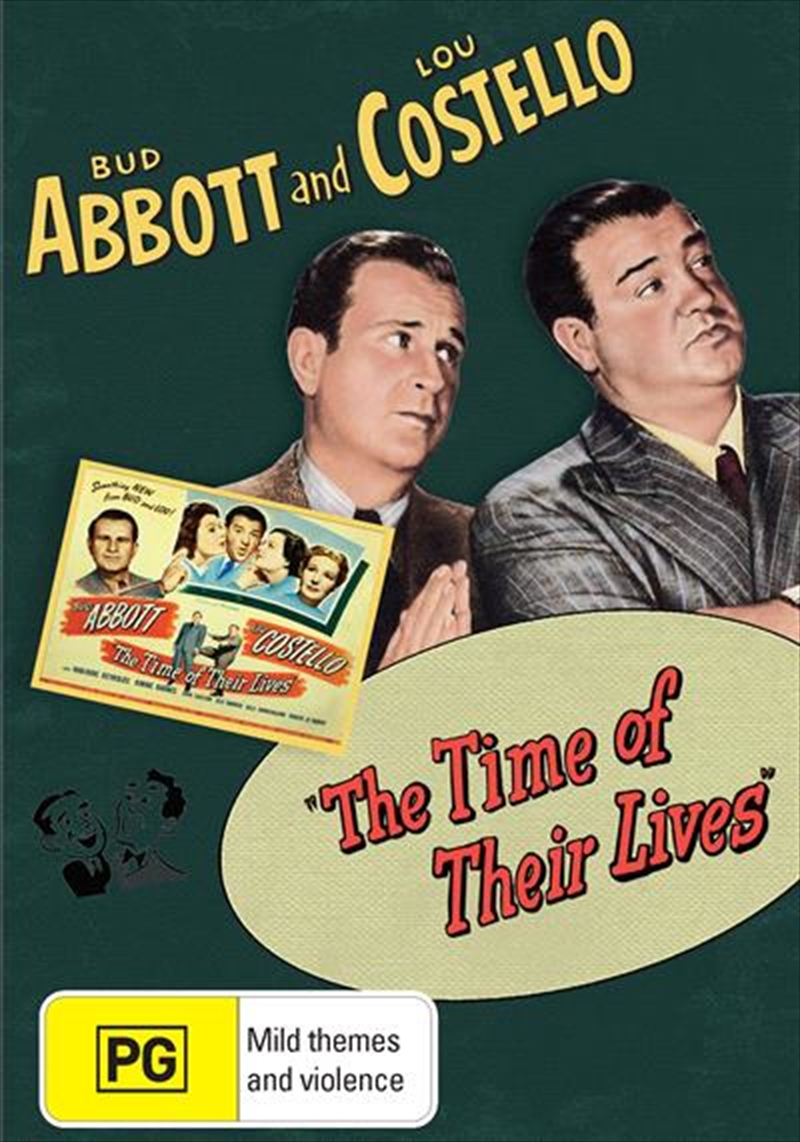 Time Of Their Lives DVD

FOR PEOPLE WHO WANT TO DIE LAUGHING!

This hilarious fantasy-comedy is considered one of Abbott and Costellos most imaginative screen efforts. Lou Costello and Marjorie Reynolds are mistakenly shot as traitors during the Revolutionary War and are doomed to remain as ghosts in Danbury Mansion until their innocence is proven.Years later a nervous young man, following the advice of his psychiatrist (Bud Abbott), plans a quiet weekend in the mansion with his fiance and her aunt. As soon as Costello overhears the young mans intent to open the mansion to the public, he and the ghostly Miss Reynolds behind to haunt the house, with hysterical results. The nervous Abbott witnesses blinking lights, a walking gown and eerie harpsichord music, before the ghosts reputations are restored.

Title: Abbott and Costello - Time Of Their Lives, The