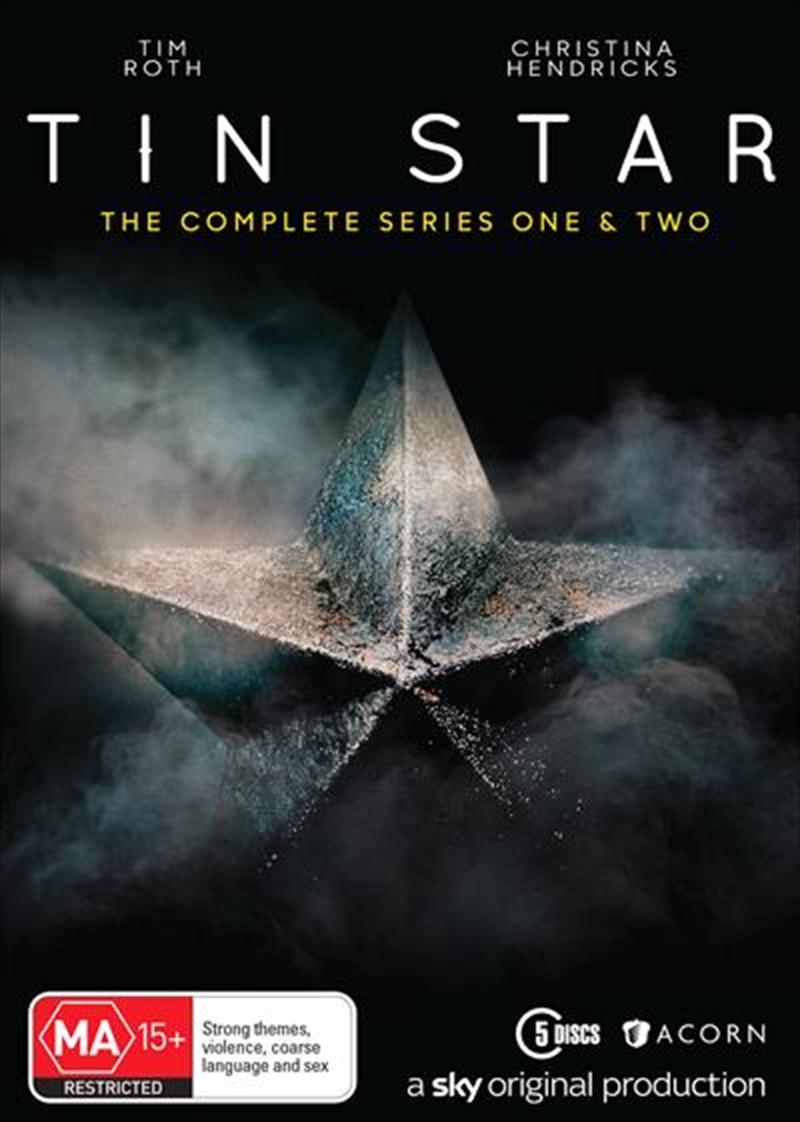 The Complete Series One Set in the majestic Canadian Rockies and Staring BAFTA award-winning Tim Roth and six time Emmy award nominee Christina Hendricks, Tin Star tells the story of Jim Worth, a former British detective now small town police chief who brings his family to the tiny and tranquil town of Little Big Bear for a better life. Jims family suffers a shocking tragedy, old, dark and dangerous secrets surface. We discover that Jim is not the man we think his but is in fact Jack the professional name for his alcoholic alter-ego: an undercover cop with a violent past and a long list of enemies; a man more unpredictable, more charismatic and infinitely more menacing than Jim. Part drama, part thriller and part dark comedy, Tin Star is a brain rattling, heart wrenching rollercoaster ride that grabs you by the guts from the start and never lets you go. Features 10 Episodes X 45 mins. The Complete Series Two The crisp white snow is soaked with blood. Whitey is dead, Jack has a bullet in him and Angela is desperately clinging onto a distraught Anna. Tin Star Series 2 picks up at the moment series one left off, but this time things are different. If series 1 was about vengeance, Series 2 is about the opposite: its a story of forgiveness. Having seemingly destroyed everything he loves; Jack must win Angela and Anna back. In order to make amends for his actions and rebuild his family, he must save another from destruction. Features 10 Episodes X 45mins. COMPLETE SERIES 1 & 2 FEATURES 20 EPISODES
DETAILS