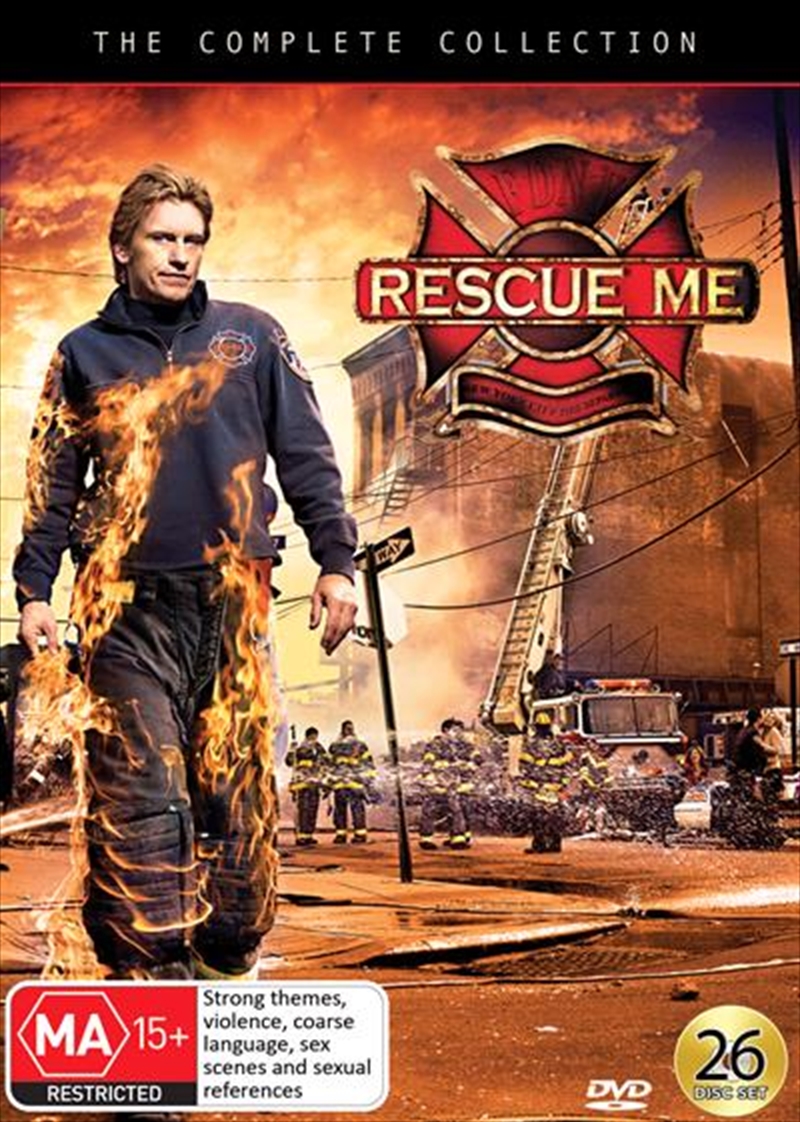 They save us, but who saves them? From series creators Denis Leary and Peter Tolan, the highly acclaimed Rescue Me galvanized audiences with its uncompromising portrayal of the New York City firefighters of 62 Truck, whose duty to save lives puts their own in constant turmoil - on the front lines, in the firehouse, and at home. Leary is electrifying in his role as Tommy Gavin, a deeply driven first responder with a combustible personality and personal demons to match. Through seven ground breaking seasons, we follow his gripping story, along with those of his fellow crew. Provocative, profane, dramatic, humorous, and unflinchingly honest, it is an unforgettable journey of courage, conflict and ultimate salvation. This special edition release delivers all seven seasons of Rescue Me in one complete DVD box set and features a host of additional commentaries, deleted scenes, featurettes & more. This unflinching, darkly funny tale of fires and firefighters is one of the most underrated shows in recent years. Its subject matter is undeniably fresh, fascinating and full of danger: the problems of readjusting to everyday life as a New York firefighter after the devastation of 9/11. Sarah Hughes, The Guardian ...absolutely brilliant.... the best show on television. David Kronke, LA Daily News Starring: Denis Leary (The Amazing Spider-Man), Andrea Roth (Netflixs 13 Reasons Why), Daniel Sunjata (ABCs Notorious), Callie Thorne (USAs Necessary Roughness), Steven Pasquale (CBSs Doubt)
DETAILS