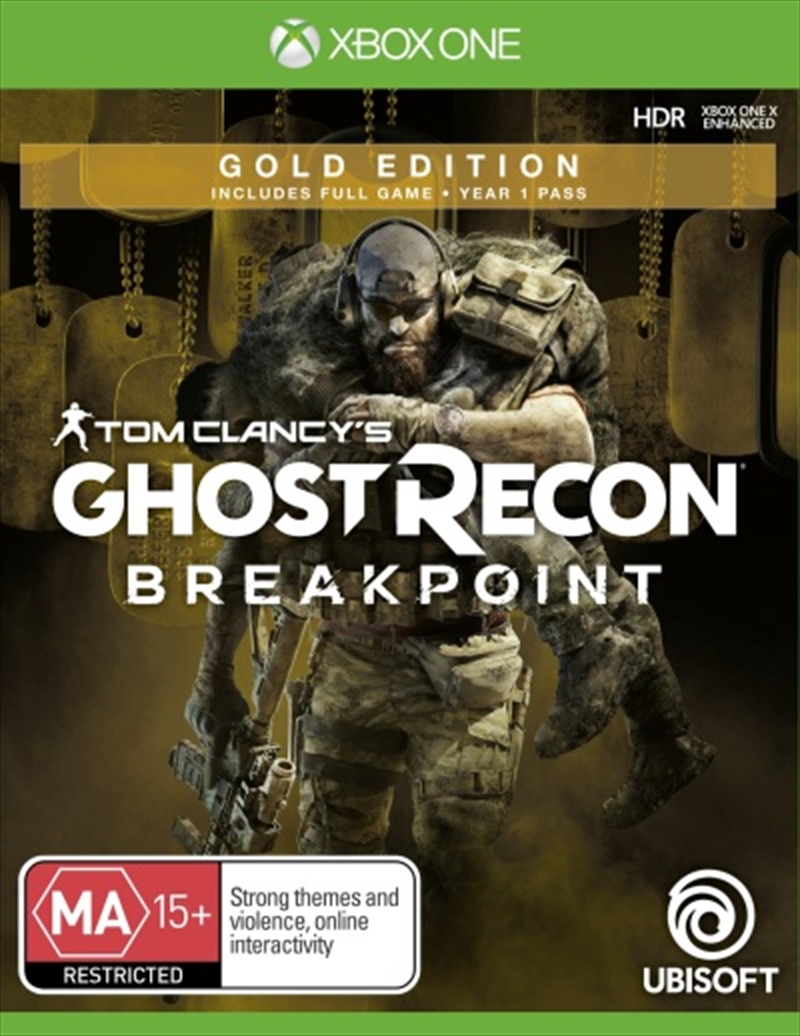 The Ghost Recon Breakpoint Beta
The Sentinel Corp. Pack that includes the Landscape MK.2 armored vehicle, the "Valor" assault rifle and the Sentinel MK.3 Heavy Set composed of a helmet, a vest and pants.

The Year 1 Pass includes:
The Siren's Call mission available from launch ;
The Special Operation Forces Pack, the finest military equipment composed of the "Quiet" Designated Marksman Rifle, the Covered ACH, the CRYE G3 combat pants and the cross draw vest, available from launch ;
Access to two upcoming immersive Adventures: Deep State and Transcendence ;
Early unlock of three classes, which will improve both your solo and multiplayer gaming experiences by introducing new skills for your character.


Tom Clancy's Ghost Recon Breakpoint is a military shooter that features a massive and visually stunning open world, playable for the first time in solo or online in four-player co-op. Injured, without support, and hunted down by ex-Ghosts, you must fight to survive while lost in Auroa. Choose the right alliances and decide how to take down your toughest enemies ever: The Wolves.

Step into the boots of a ghost, an elite us special operations unit, stranded behind enemy lines.

Fight for your survival: steep slopes, accumulating injuries, and fatigue are the new challenges for you to tackle.

Enjoy a massive campaign in a diverse, hostile, and mysterious open world.

Create your ghost and choose among thousands of customisation options for your gear and weapons.

Experiment with a brand new class system that gives you full freedom of approach: assault, sniper, stealth... it is all about your choice!