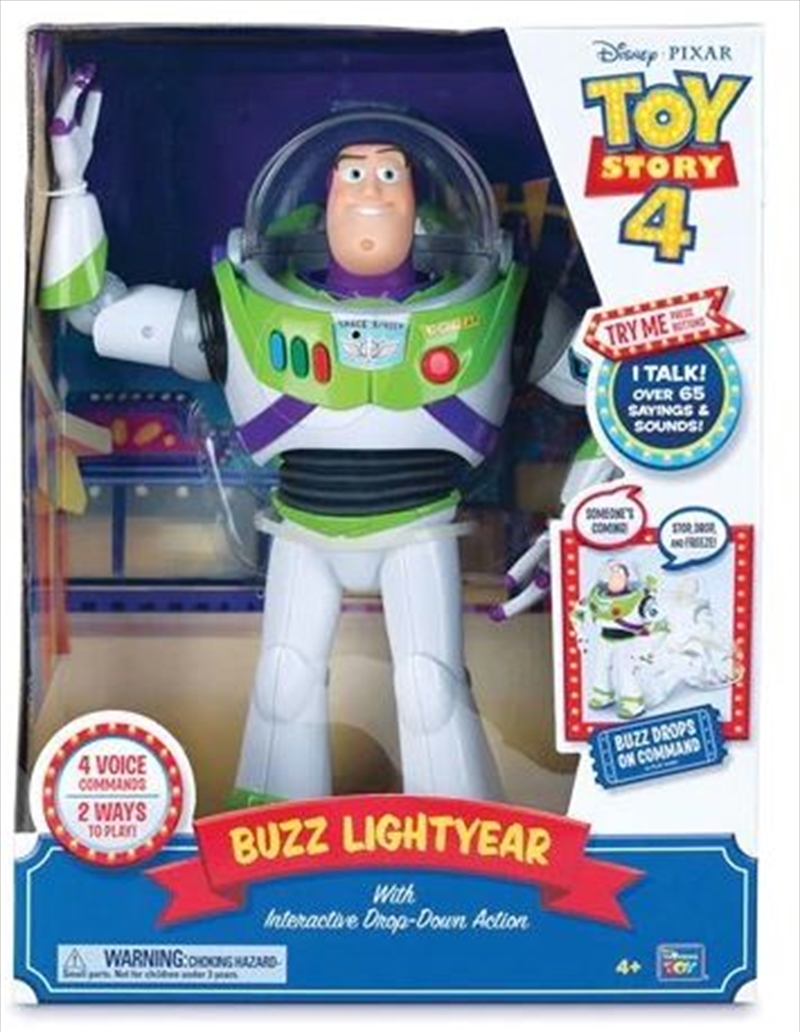 As seen in the movies, Buzz Lightyear drops down and stays motionless whenever people come near, and now he can respond to kid-friendly Voice Commands!  Say, “Someone’s coming!” or “Quiet, go to sleep” and Buzz will freeze, drop and switch to silent Toy Mode, just like in the films!

He will stop moving and only say his classic toy lines when you press his voice sampler button. Say, “Okay. No one’s here” and Buzz comes back to life with interactive voice and actions!

This Space Ranger also comes with a smart sensor. He knows if he’s fallen and asks for your help to get back up when the coast is clear.

Buzz’s head moves as he speaks in interactive LIVE MODE!

Say “Someone’s coming!” to activate Drop-Down Action! Buzz recognizes the phrase, collapses and switches to TOY MODE, just like in the film! His head no longer moves!

Press his blue chest button & he says all his classic toy lines!

Say “Okay. No one is here!” & he comes alive and moves his head once again! Highly responsive! Drops on command like magic!

Over 65 sayings & sound effects! Pull out wings.
Collect both Woody and Buzz for twice the fun! Approximately 12” tall
Ages 4+