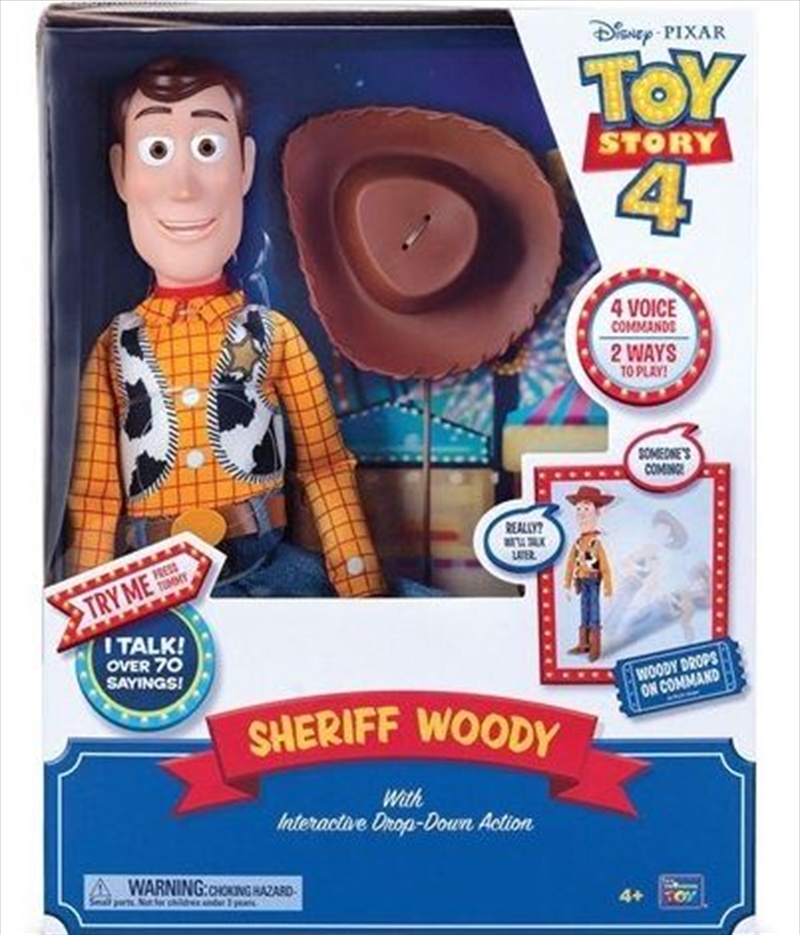 As seen in the movies, Sheriff Woody drops down and stays motionless whenever people come near, and now he can respond to kid-friendly Voice Commands. When you speak the words, “Someone’s coming!” or “Quiet. Go to sleep.”, Woody will freeze, drop and switch to silent Toy Mode.  When you speak the words, “Okay. No one’s here”,Woody comes back to life with interactive voice and actions. You can also play with him as a regular pull-string toy to hear his classic toy lines.
Woody’s head moves as he speaks in interactive LIVE MODE!
Say “Someone’s coming!” to activate Drop-Down Action! Woody recognizes the phrase, collapses and switches to
TOY MODE, just like in the film! His head no longer moves!
Pull his string & he says all his classic toy lines!
Say “Okay. No one is here!” & he comes alive and moves his head once again!
Highly responsive! Drops on command like magic!
Responds to 4 different Voice Commands
1. Hello Buddy!
2. Someone’s coming!
3. Quiet. Go to sleep.
4. Okay. No one’s here.
Over 70 sayings!
Floppy arms & removable cowboy hat.
Collect both Woody and Buzz for twice the fun!
Approximately 16.5” tall