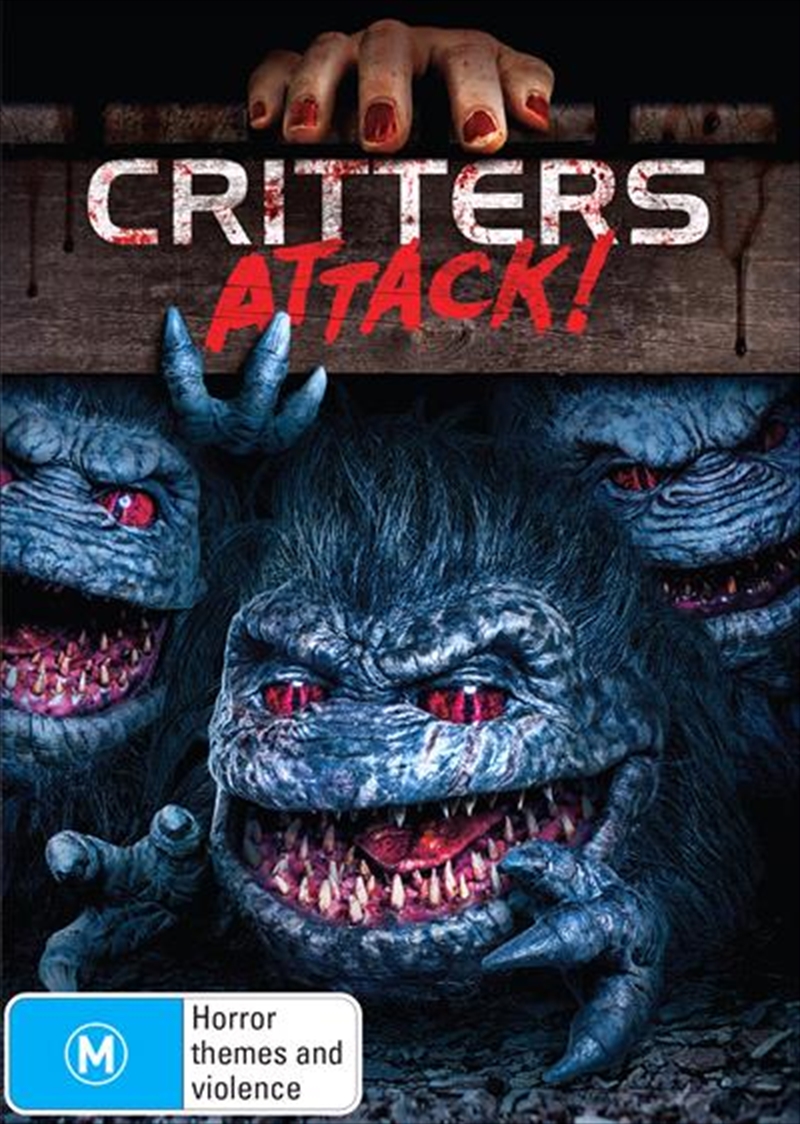 Shipping - See delivery options.
Postcode:
Quantity:
SEE MORE IN:
3 for $30 Movies & More Cant Seem To Stream
Dee Wallace (E.T. the Extra-Terrestrial), who starred in the original Critters as Helen Brown, will sink her teeth into the franchise for a second time in the mysterious role of Aunt Dee. Inspired by the film series from the '80s and '90s, Critters follows 20-year-old Drea (Tashiana Washington), who reluctantly takes a job babysitting for a professor of a college she hopes to attend. Struggling to entertain the professor's children Trissy (Ava Preston) and Jake (Jack Fulton), along with her own little brother Phillip (Jaeden Noel), Drea takes them on a hike, unaware that mysterious alien critters have crash-landed and started devouring every living thing they encounter.