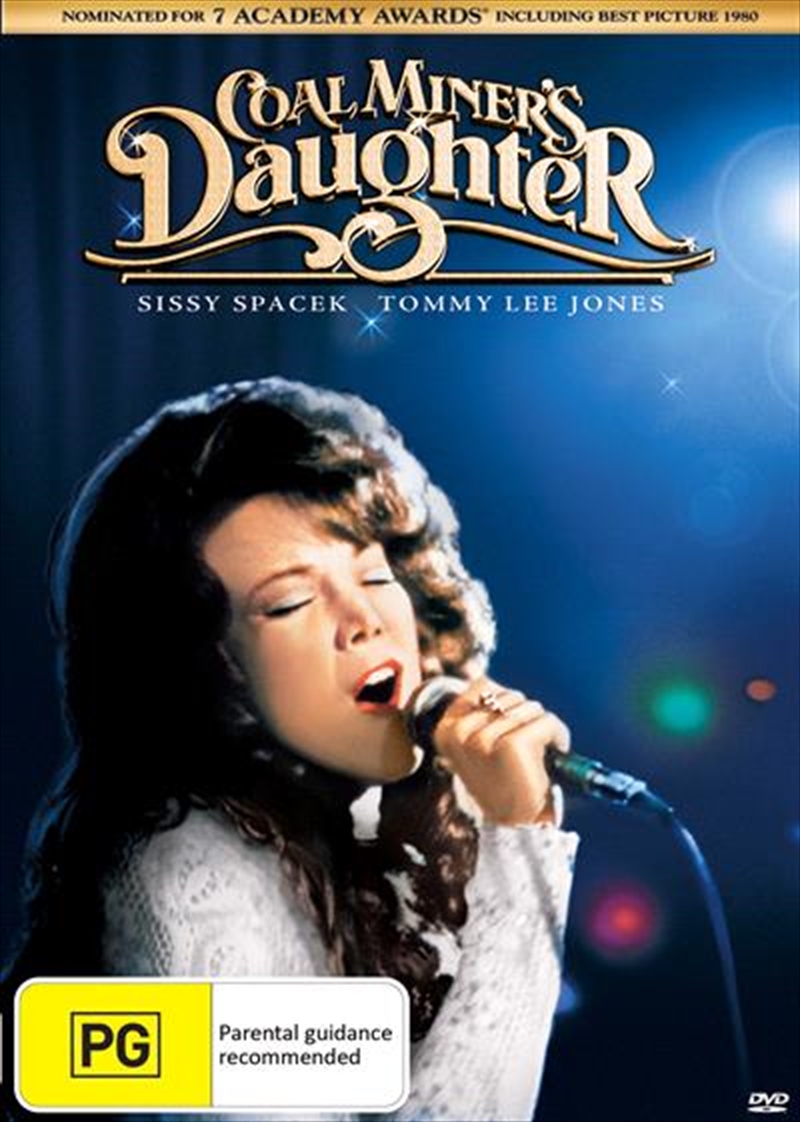 Shipping - See delivery options.
Postcode:
Quantity:
SEE MORE IN:
3 for $30 Movies & More
She was married at 13. She had four kids by the time she was 20. She's been hungry and poor. She's been loved and cheated on. She became a singer because it was the only thing she could do. She became

Coal Miner's Daughter is the amazing true story based on the book Loretta Lynn wrote with George Vecsey. It was the first country musician autobiography to hit the bestseller list and sold more than a million copies in six weeks. When bringing Loretta's story to the screen, director Michael Apted assembled an incredible cast: Sissy Spacek (who won an Oscar(R) for her role), Tommy Lee Jones, Beverly D'Angelo and Levon Helm. What resulted is a remarkable tale of a rousing love affair and a woman's triumph in making her name in the world.