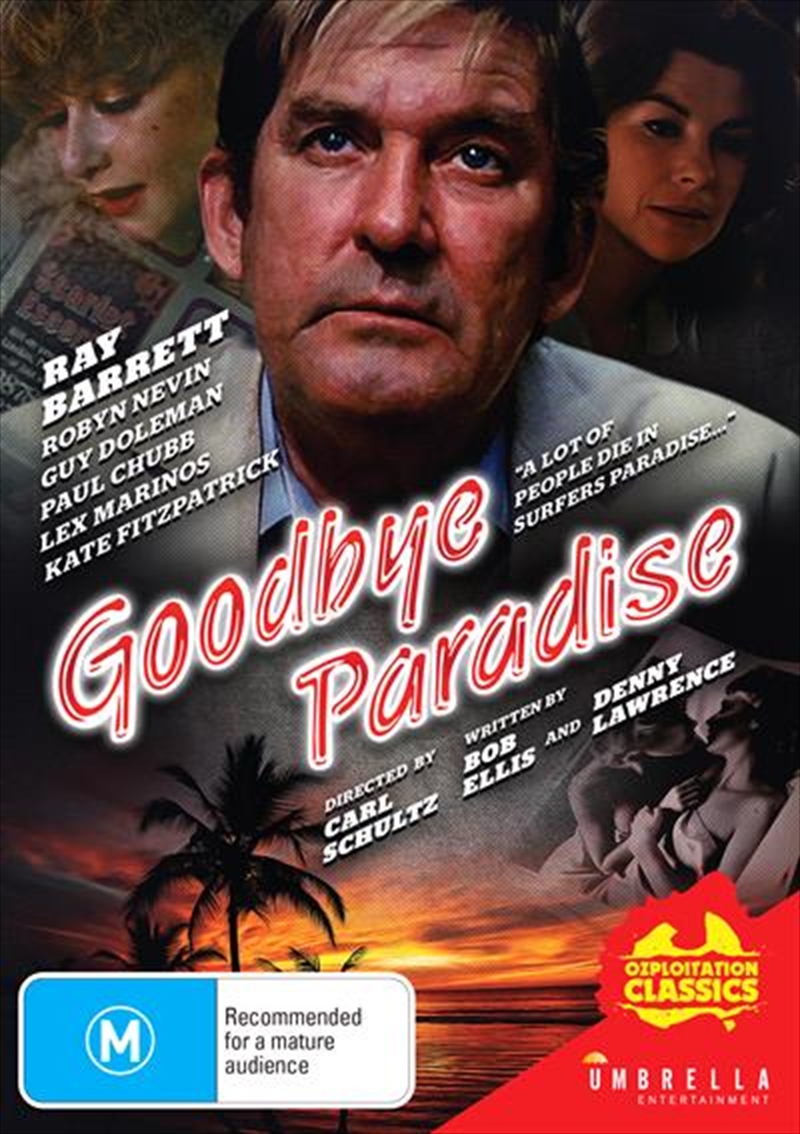 I was fifty-four and a half, with a liver twice that age and most of the bad news yet to come...I had a mouth like an Ayotollah's armpit and a pressing need for a drink...Ex-policeman Micheal Stacey, (Ray Barrett, Australia) is determined to write the ultimate exposure of corruption in high places. Unhappy, his cynicism and dry wit translate rather chaotically through the lens of 'the bottle', so a private investigation has to be undertaken. As he searches for the missing daughter of a leading politician he finds himself in a labyrinthine world of intrigue, death and deception a world destined for a highly explosive ending. The sleazy strip known as Surfer's Paradise is the backdrop for this 'lost' 1983 Oz-noir gem from director, Carl Schultz (Careful, He Might Hear You). Quintessentially Australian with a stylish, literate script by Bob Ellis (Man of Flowers) and Denny Lawrence (Warm Nights on a Slow Moving Train) Goodbye Paradise moves between sinister set-pieces mired in political corruption, strip clubs, death-cults and murder under the Queensland sun.
DETAILS