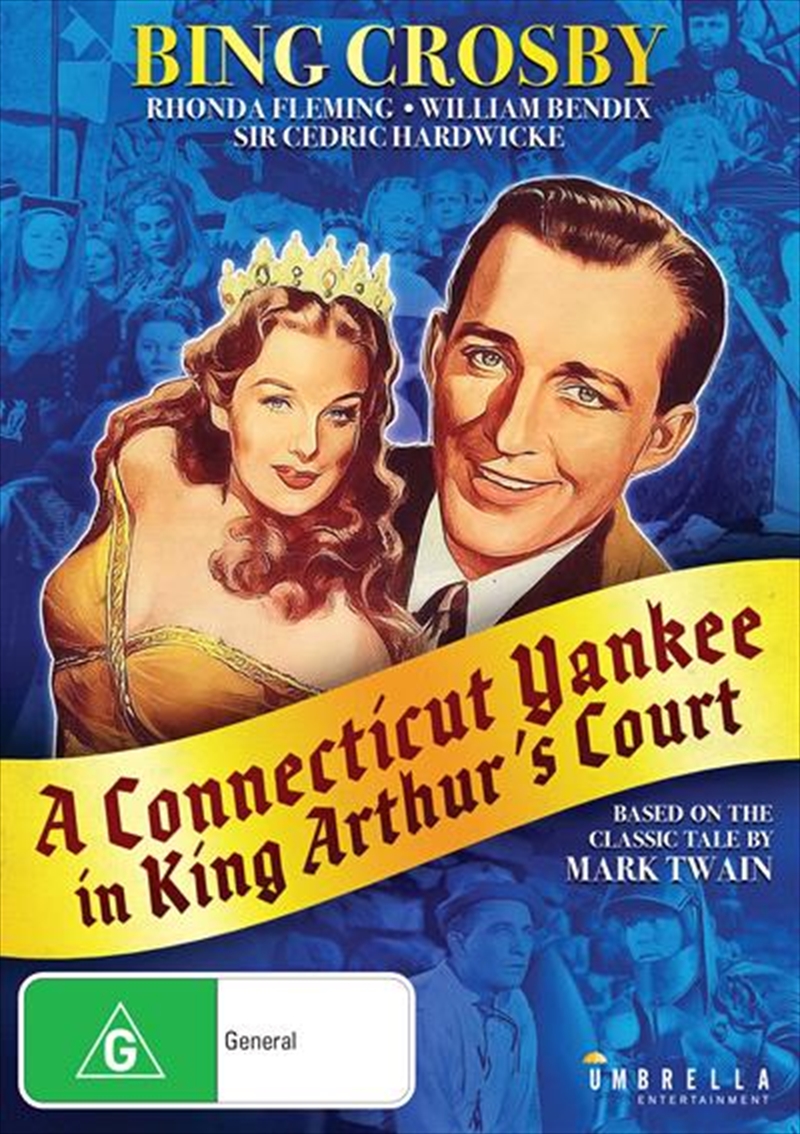 DESCRIPTION
Its laughter will ring through the centuries!

Bing Crosby (Blue Skies) stars in this light and lively musical version of Mark Twain's timeless comedy. Hank Martin (Crosby) is a turn-of-the-century blacksmith who is knocked unconscious only to awaken in sixth-century Camelot. But thanks to some American know-how, he is quickly hailed as a wiz of a wizard and granted the right to teach Alisande La Carteloise (Rhonda Fleming, The Patsy), the King's fetching niece, some decidedly contemporary romantic tricks. Alas, there's trouble afoot when Martin locks magical horns with the all-powerful Merlin and is challenged to a joust by Sir Lancelot for the hand of the beautiful princess! Co-starring Sir Cedric Hardwicke (The War of the Worlds) and William Bendix (The Blue Dahlia), the classic fantasy also features a marvelous score by Jimmy Van Heusen and Johnny Burke, along with such hits as Busy Doing Nothing and Once and For Always.
DETAILS