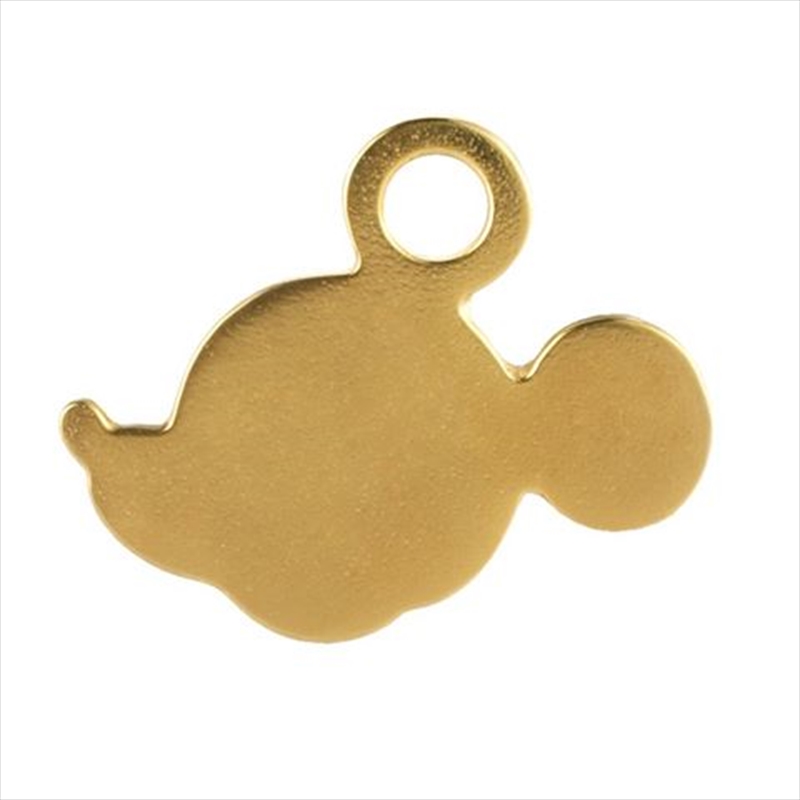 Released in 1928, only a year after the first feature film to employ synchronised music and dialogue, the animated short film Steamboat Willie is considered Mickey Mouse’s commercial screen debut. He has been one of the world’s most lovable icons ever since.

To mark the 90 years since Steamboat Willie’s release, Royal Selangor’s Disney-licensed collection presents Mickey Mouse in an array of collectibles, inspired by the historic animated film as well as his appearance through the ages.

Mickey Mouse Gilt Silhouette Pendant features:
Licensed by Disney.
Crafted from 24K gold, gilded pewter on a silken cord.
Created to commemorate Mickey Mouse’s 90 years in the cinema.
Stamped with Disney & Selangor in the inside.
Features a silhouette of Mickey Mouse’s head.
This pendant also functions as a key fob.
Beautifully packaged in a Royal Selangor gift box.