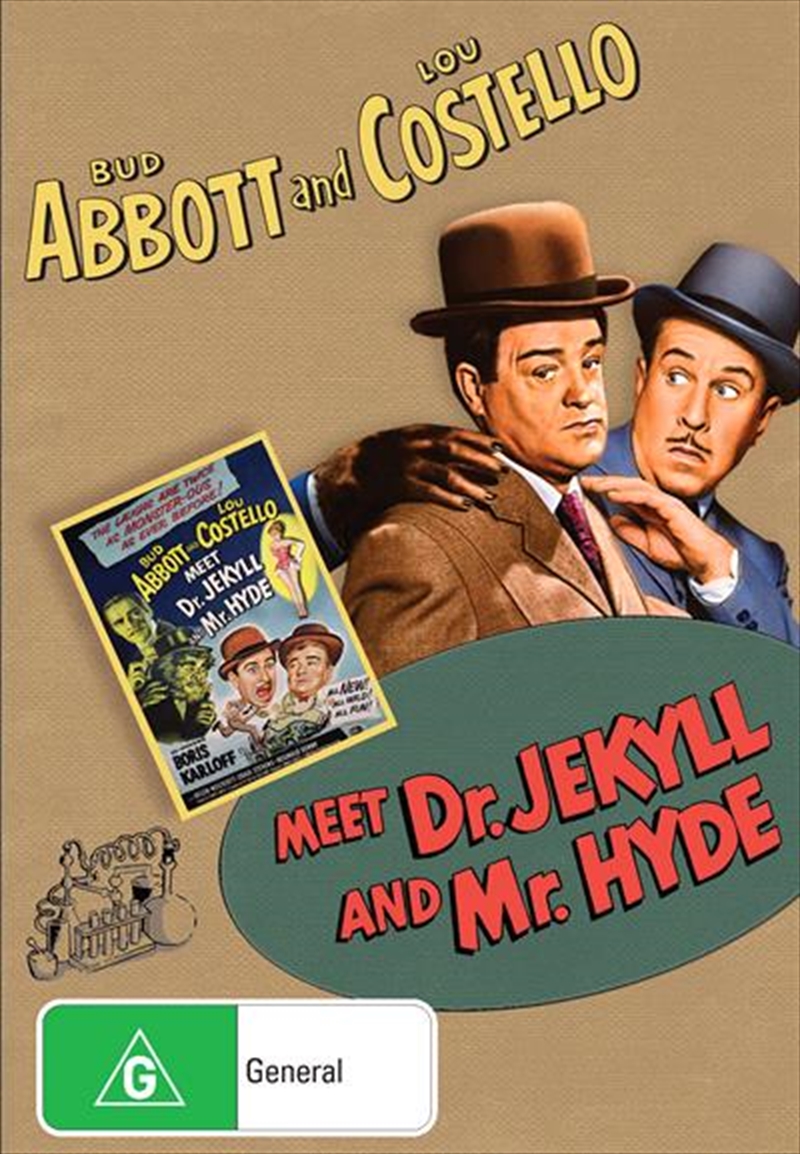 The Laughs Are Twice as MONSTER-OUS as Ever Before!

You'll laugh your way through the foggy streets of London as Abbott and Costello take on Boris Karloff in a hilarious spoof of the famed horror classic. In this 1953 release, the zany comedy duo play Slim (Abbott) and Tubby (Costello), two American policemen who are in London to study local police methods. In the process, they run into a beautiful young suffragette (Helen Westcott), her rugged boyfriend (Craig Stevens) , and her evil uncle Dr. Jekyll (Boris Karloff), who transforms himself into Mr. Hyde, the terror of the city. So get ready as the inimitable mad scientist meets the masters of madcap humour.
DETAILS