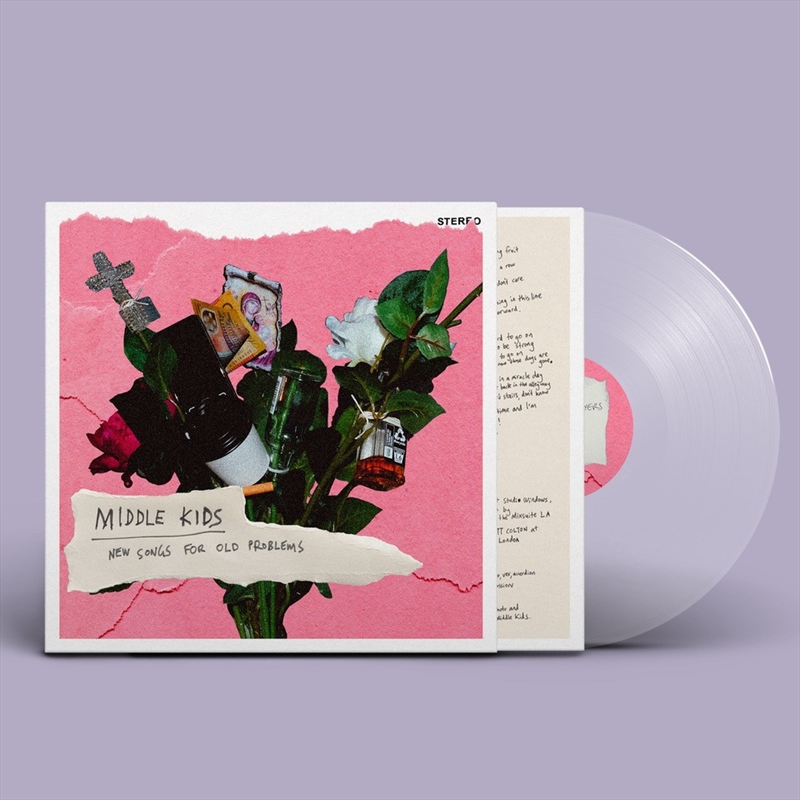 Recorded at the band’s own studio in Sydney and produced by Tim Fitz, New Songs for Old Problems follows hot on the heels of what was a massive 2018 for Middle Kids and the May release of their critically acclaimed debut album Lost Friends.

The band toured the world, including UK and European dates with Bloc Party as well as performing on several US TV shows including Conan, Jimmy Kimmel and The Late Late Show with James Corden. Back home they were nominated for an ARIA award, and earlier this year triple j gave them the prestigious Album of the Year award saying "Lost Friends possesses a chemistry that can't be faked.

Tim Fitz and Harry Day bring a wealth of energy and inventive production but it's Hannah Joy's vocals that are the heart and soul of their music.

Her shiver-inducing voice ranges from beautifully controlled to heedlessly raw as she renders the drama, confusion, and honesty in Middle Kids' lyrics." In June the band will return to play their largest UK headline show to-date at London’s Heaven.

Further, the band will also open for Local Natives throughout the US and have a sold-out Australian headline tour.

Sydney three piece, Middle Kids, are no strangers to Triple J or the Australian touring circuit. If you’ve attended any Australian music festival over the past couple of years then you’ve probably witnessed their energetic and angsty indie-rock set. After the massive success of their debut album ‘Lost Friends’ last year, they have returned with a six track EP that hears them getting bolder with their sound. Stepping into a confident spotlight, ‘New Songs For Old Problems’ is an EP that is meant to be experienced live. Each song dives into a new found energy and attitude that perfectly represents the direction their live show has gone in with massive festival sets and euphoric singalong’s from the passionate crowd.
EP opener ‘Beliefs & Prayers’ is a great representation of the collection of tracks as it solidifies their strong songwriting and knack for delivering a killer hook. This was one of the new songs they premiered on their recent national tour which immediately impressed the crowd. Tieing it all together with the anthemic lead singles ‘Salt Eyes’ and ‘Real Thing’, they embodied the bold and raw live sentiments you’ve come to love. With gritty guitars and big drums these songs have you wanting to go watch them live and scream the lyrics at them simultaneously. ‘Call Me Snowflake’ injects even more energy with a big drum and guitar solo which is the real rock n roll moment on this EP. With the raw foundations, this track delves into more of punk infused influence which is so sonically interesting to hear. ‘Needle’ is a bit more sedated with it’s delivery as lead singer Hannah Joy dishes out her feelings and anxieties for three minutes. But it’s new single and closing track ‘Big Softy’ that ties the EP all together. With the accordion stepping into the spotlight during the chorus, they get emotional as they discuss the complications of moving on. “It is sometimes hard to go on. Try to find a way to be strong”.The raw emotions are a lot more prominent on this song compared to the rest and immediately stands out to listeners. It’s a great closing moment for the band as they showcase a bolder side to their production and cement the fact that their new music is only getting stronger.