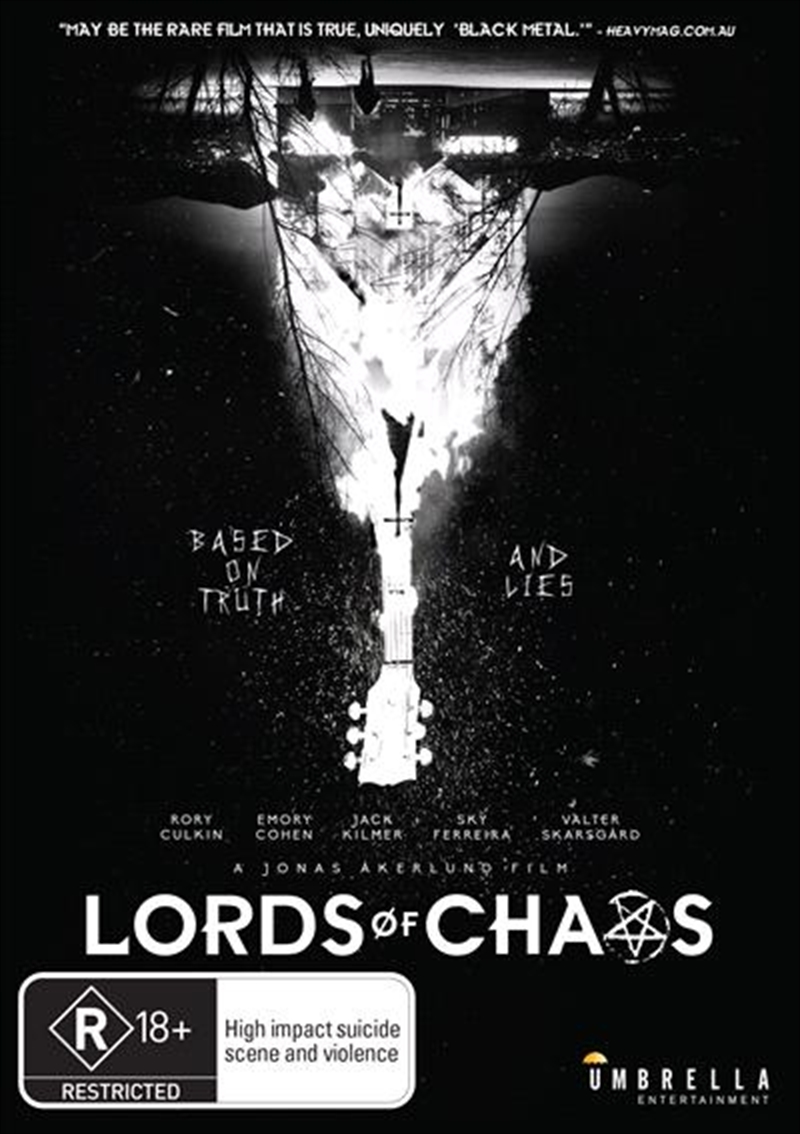 The story of True Norwegian Black Metal and its most notorious practitioners: a group of young men with a flair for publicity, church-burning and murder: MAYHEM. Oslo, 1987, Seventeen-year-old Euronymous is determined to escape his idyllic Scandinavian hometown and create true Norwegian black metal with his band, MAYHEM. He's joined by equally fanatical youths - Dead and Varg. Believing that they're on the cusp of a musical revolution, the group gets even darker driven by the black metal dogma to spread evil. They begin burning down churches and stealing tombstones for their record store. But when the express catches up with them and Euronymous takes more credit than he's earned for the groups violent acts, Varg, fresh out of jail, arranges for a dark encounter to settle the score and ultimately determine who the darkest black metal musician is. Based on an astonishingly true story, Lords of Chaos recounts the exploits of the Norwegian black metal movements most notorious band: Mayhem. Its founder, Oystein Aarseth, better known as Euronymous, was one of the originators of the annihilating metal guitar sound that burst onto the scene. After the gruesome suicide of vocalist Per Yngve Ohlin, who performed under the pseudonym Dead, Euronymous used the opportunity to inject a mix of satanism, havoc, and murder into the music to sell more records. Bassist Varg Vikernes began to take Euronymouss headline-grabbing talk too seriously and went on a spree of church burnings, forming a deadly rivalry between the two bandmates that culminated in an infamous and bloody end.