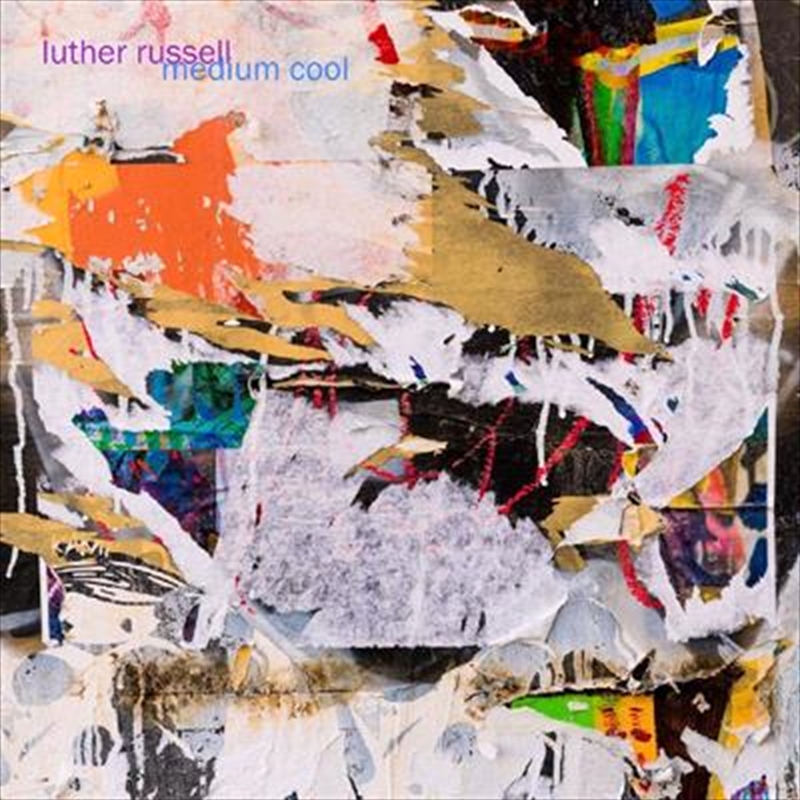 Luther Russell's latest album, Medium Cool, arrives 22 February via Portland, Oregon's Fluff & Gravy imprint. It will also available on cassette via Burger Records. Russell, a music industry veteran who formed the Bootheels with Jakob Dylan, at 17, later fronted the Freewhelers, a group that recorded for both DGC and American in the 1990s.

Since that time he has released a series of sturdy and consistent solo albums, shared stages with Wilco and Johnny Cash and has toured Europe and other territories with Robyn Hitchcock. He is also a member of Those Pretty Wrongs with Big Star's Jody Stephens. It's fitting, then, that "Deep Feelings", culled from Medium Cool, carries a Big Star feel while retaining Russell's particular musical vision. With guitar figures and that could have been laid down by Alex Chilton and Chris Bell on #1 Record and vocals that sound like the ghost Chilton himself, the track emits a waft of hazy innocence and something more libidinous. If rock 'n' roll is about danger, there's plenty lurking in these four minutes.

Russell, speaking from his Los Angeles-area home says, "The idea of the tune was just to have a little bit of fun. It's about saying, 'Let's forget about all the bullshit going on in the world and recognize that we have a connection.' I wanted the music to reflect that feeling." Russell made the album with the help of longtime friends Jason Hiller (bass, co-producer) and Derek Brown (drums). Danny De La Matyr adds vocal harmonies while Liam Hayes (Plush) adds guitar harmonies to "Blue Balloon". Throughout, Russell and cohorts capture the push-and-pull of youth with the well-tempered tendencies of adult life.