Hate U Give - Special Edition 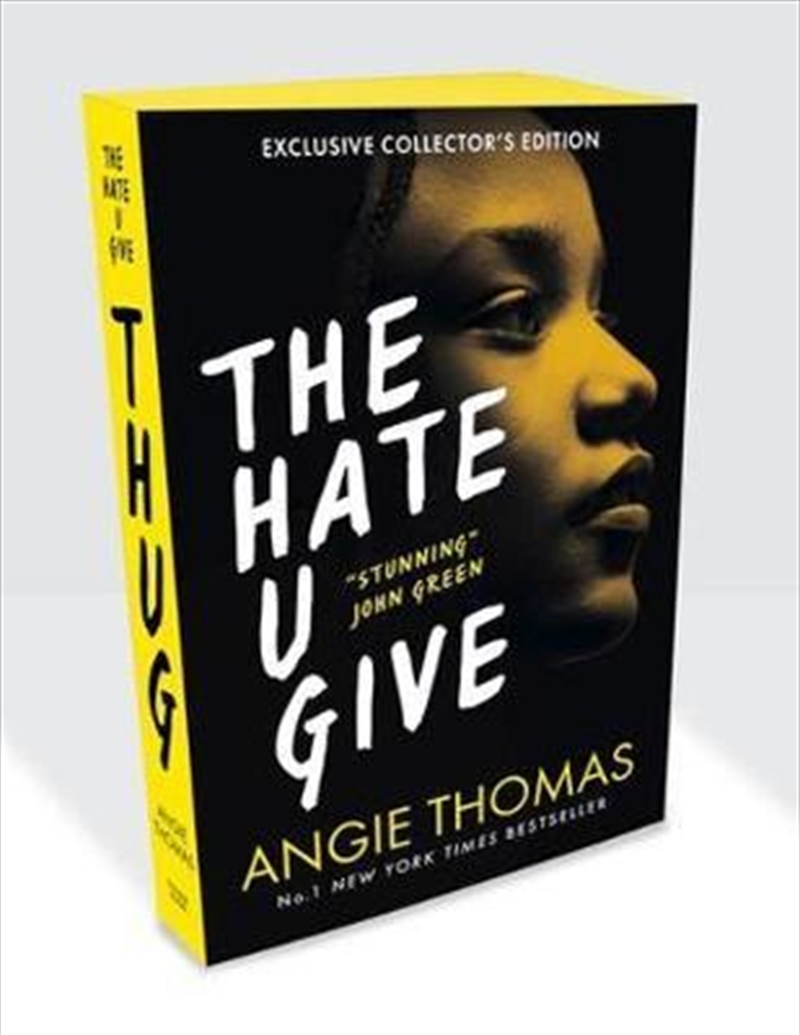 A collector's edition of the powerful and brave YA novel about what prejudice looks like in the 21st century. Includes brand-new bonus content.

A collector's edition of the #1 New York Times bestseller. Features never-before-seen exclusive extra content, including a deleted scene from The Hate U Give, a short story by Angie that inspired the novel, extra info about Starr Carter, and a sneak peek at Angie's new novel, On the Come Up.

The Hate U Give has been translated in more than 25 languages. It was a New York Times Editors' Choice, a Time Magazine New Book to Read, and it featured on EW's Most Anticipated Book of the Year list. It is soon to be a major motion picture, starring Amandla Stenberg. Inspired by the Black Lives Matter movement, it is a powerful and gripping novel about one girl's struggle for justice.

Starr lives in two worlds: the poor neighbourhood where she was born and raised and her posh high school in the suburbs. The uneasy balance between them is shattered when Starr is the only witness to the fatal shooting of her unarmed best friend, Khalil, by a police officer.

Now what Starr says could destroy her community. It could also get her killed.

Title: Hate U Give - Special Edition