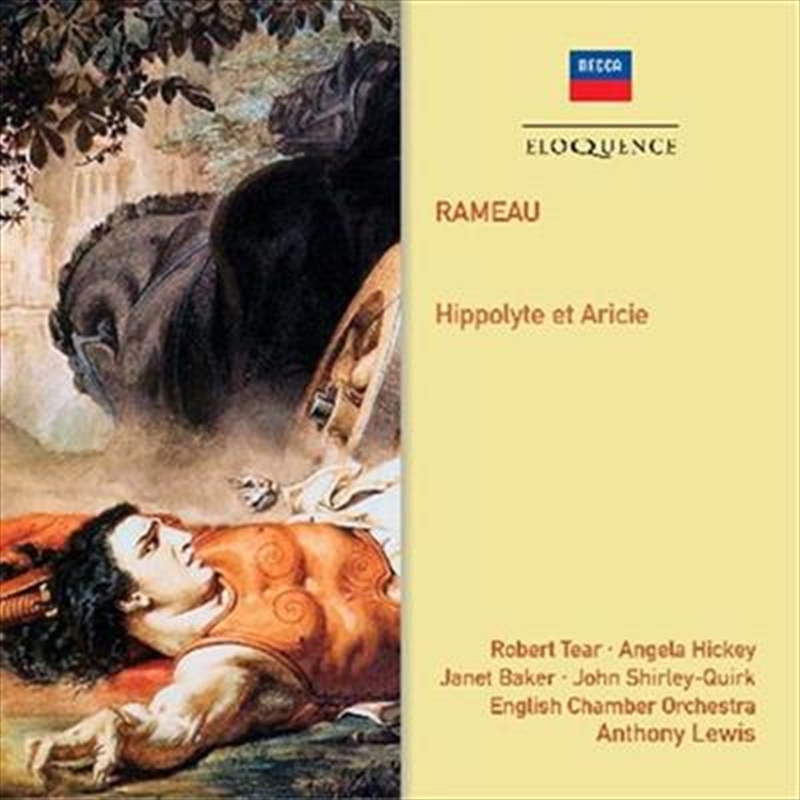 Thanks to several Eloquence releases, the pioneering work of Anthony Lewis in the field of Baroque opera is now readily available: The Fairy Queen (482 7449) of Purcell, Handel's Semele (482 5055) and a compilation albums of Handel arias (482 4759) were all critically acclaimed at the time of their original release in the 1950s and 60s, and they have gained a new and appreciative audience through the new Eloquence remasterings. Further Lewis reissues are forthcoming.

As director of an annual series of staged operas at the Barber Institute in the University of Birmingham, Lewis conveyed to first a local audience, and then a more international one with these Decca and Argo recordings, that Baroque opera should no longer be the preserve of scholars but contained as much lively and powerful drama as the works of Mozart and Puccini.

Rameau's place in the pantheon of Baroque composers alongside Bach and Handel is now assured, but only thanks to the persuasive force and intensity of recordings such as Hippolyte et Aricie, which was made in Decca's West Hampstead studios in July 1965, a few months after the Barber Institute staging. The plot describes Phaedra's incestuous love for her son Hippolytus, his equally hopeless love for Aricia and much violent divine intervention and retribution.