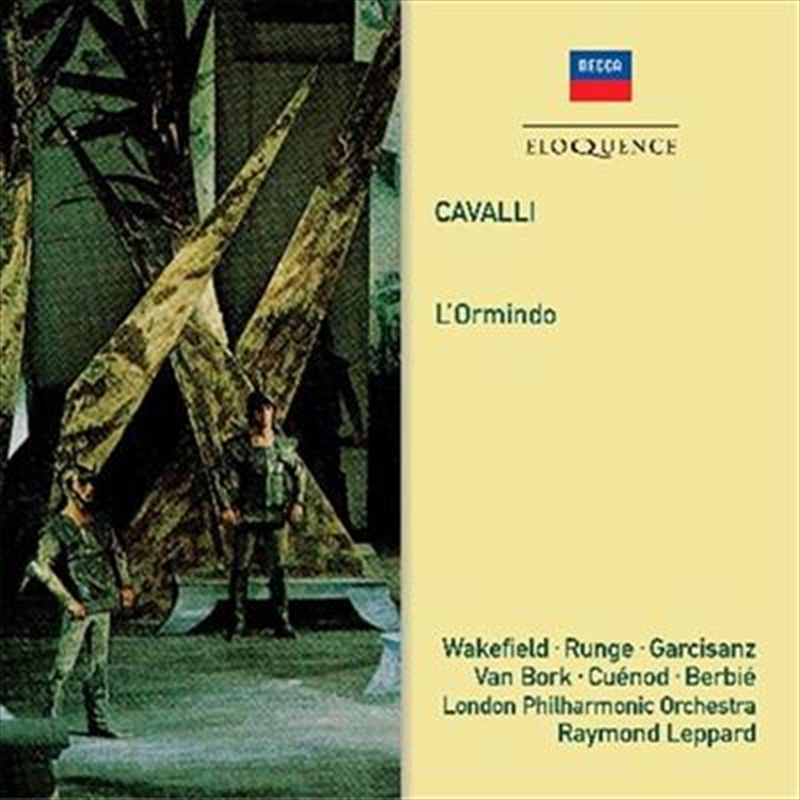 L'Ormindo was fashioned by Cavalli to a libretto by Giovanni Faustini for performance in Venice in 1644, two years after L'incoronazione dA landmark in Baroque opera recordings, newly remastered.

This 'royal entertainment in musici Poppaea saw the light of day. Through the course of Ormindo we follow the adventures of two pairs of lovers as they betray, deceive and flee from each other before the inevitable happy ending. A death scene in prison for the eponymous prince and his sweetheart Erisbe is marked by a grave pathos that sounds down the centuries – at least since Raymond Leppard exhumed the score from total obscurity.

Conducting Ormindo at the 1967 Glyndebourne Festival, Leppard spearheaded the modern revival of Cavalli's fortunes. Critics noted the conductor's significant revisions and rearrangements, but they were almost unanimous in their gratitude at hearing and seeing on stage the work of a pioneering opera composer for the first time, and in performances that did full justice to both music and drama. Leppard and Glyndebourne assembled a sumptuous continuo section and cast well-schooled for the time in the ornate language of seventeenth-century Venetian opera.

The popular and critical success of Ormindo at Glyndebourne gave rise to a sequel, with Leppard's similarly imaginative realisation of Calisto, which has also been reissued by Eloquence (482 9382). L'Ormindo has long been unavailable and the package includes Raymond Leppard's original note and a synopsis.