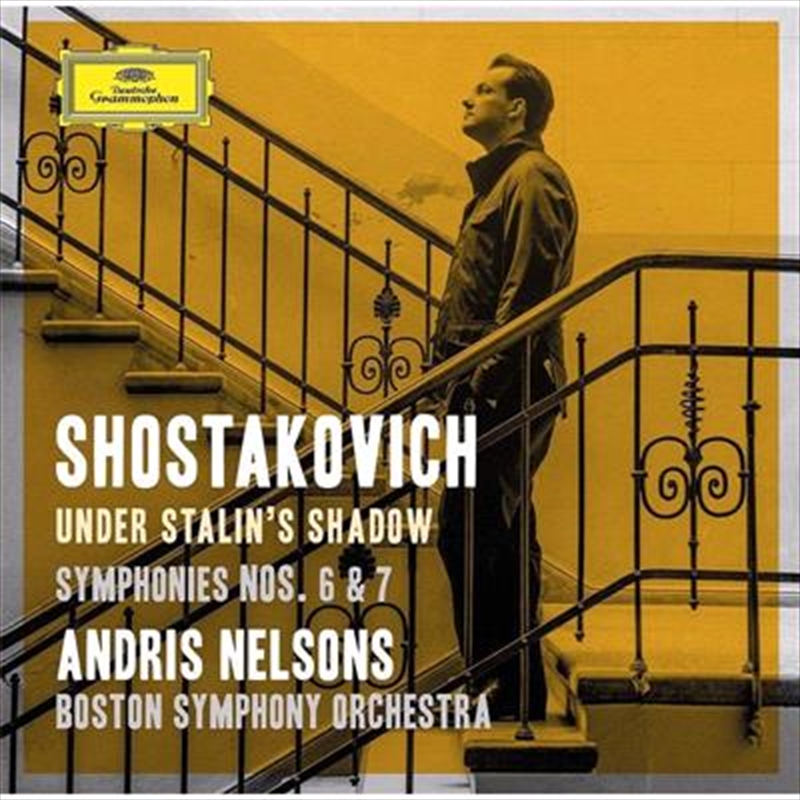 Andris Nelsons is the Music Director of the Boston Symphony Orchestra and new Gewandhauskapellmeister of the Gewandhausorchester Leipzig. With both appointments, and in leading a pioneering alliance between these two esteemed institutions, he is firmly underlined as one of the most renowned, exciting and innovative conductors on the international scene today

After the "scandalously successful" (Sunday Times) Symphony No. 10  in 2015, "the sheer expressive beauty" (Gramophone Magazine) of Symphonies Nos. 5, 8, 9  from 2016 and the "overbearing vividness" (The Guardian) of the most recent Symphonies Nos. 4 & 11 Nelsons and the BSO continue the acclaimed cycle with the Symphonies Nos. 6 & 7, complemented by two other works by Shostakovich, the Suite from the Incidental Music to "King Lear" op. 58a and the Festive Overture op. 96.

In this latest volume of their cycle, conductor and orchestra turn their attention to two symphonies written in the shadow of World War II: the formally innovative No.6, premiered in November 1939, and No.7, most of which was composed in Leningrad in the autumn of 1941, at the beginning of the siege that would cost over a million people their lives. The incidental music that Shostakovich wrote between the two symphonies for a 1941 production of Shakespeare's King Lear and the 1947 Festive Overture conveying "the mood of those who survived the difficult trials of the war years" are also included in this set.

"The BSO responded to [the first] movement magnificently, playing the opening string theme with passion and urgency, managing the slow burn crescendo of the totalitarian theme with impressive and inexorable dynamic control, and exploring the chaos and devastation left in the wake of the invasion with a frank, dry-eyed bleakness." – The Boston Musical Intelligencer (on a live performance of Symphony No.7)