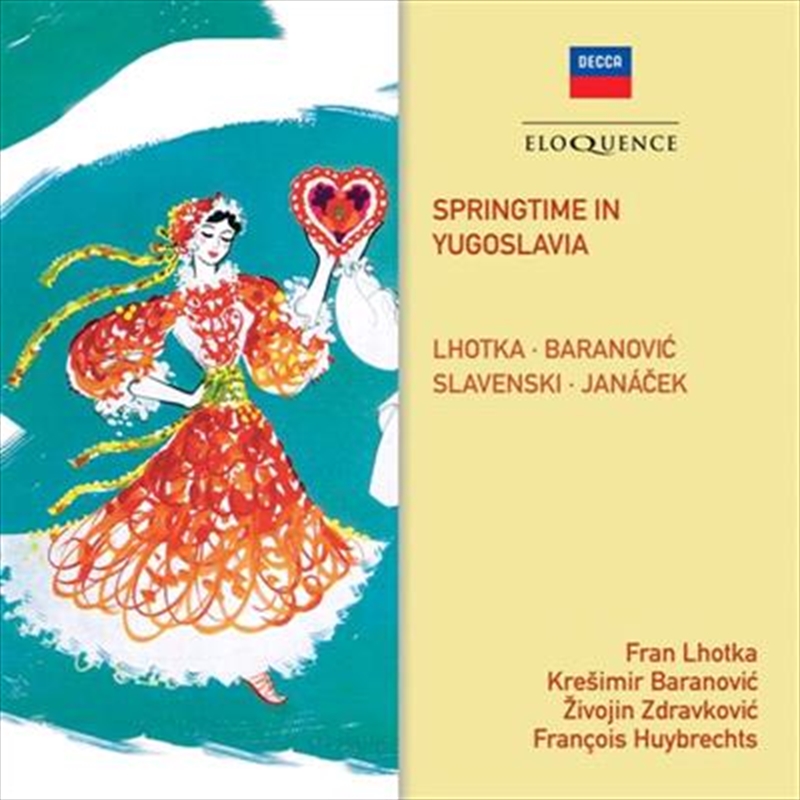 Three Decca albums issued complete, including a first release on CD for the Simfonija Orijenta, a monument of Yugoslavian musical modernism.

This release forms an important appendix to the Eloquence reissues of the seven Russian opera recordings made by Decca with the company of the Belgrade Opera in 1955. Two further orchestral albums were recorded at the time, featuring three of the most significant Yugoslav composers of the day. The first of them features brightly coloured, picture-postcard suites from two folk-inspired ballets, The Gingerbread Heart by Krešimir Baranovic and The Devil in the Village by Fran Lhotka. They were conducted with idiomatic elan by Baranovic himself, who was then the chief conductor of the Zagreb Opera, and director of several of the Belgrade opera recordings: he also conducted The Gingerbread Heart at the 1951 Edinburgh Festival to great success.

Several vocal soloists from those recordings feature on the Simfonija Orijenta, an extraordinarily ambitious work that attempts a portrait history in music of the world's great religions over the course of seven movements and 40 minutes, concluding with a grand Soviet 'Hymn of Toil'. It was composed by Zagreb-born Josip Štolcer-Slavenski, the first Yugoslav modernist, who went further than either Lhotka or Baranovic in studying and then deploying folk idiom, to which he added avant-garde techniques that earnt his music a place at some of Europe's premier new-music festivals in Donaueschingen, Paris and London.

Slavenski's work has a thrilling angularity and unpredictability, as individual in its way as the language of Leoš Janácek, whose Taras Bulba and Lachian Dances featured on the debut album for Decca by the Belgian-born conductor François Huybrechts. A rising maestro during the 1970s, he was a prizewinner of the 1968 Dimitri Mitropoulos International Music competition for Conductors and the 1970 Karajan International Conductors' Competition, but after a series of short-lived appointments with US orchestras, his career fell away, leaving this and the Third Symphony by Nielsen (with the LSO) as his sole commercial recordings of note.