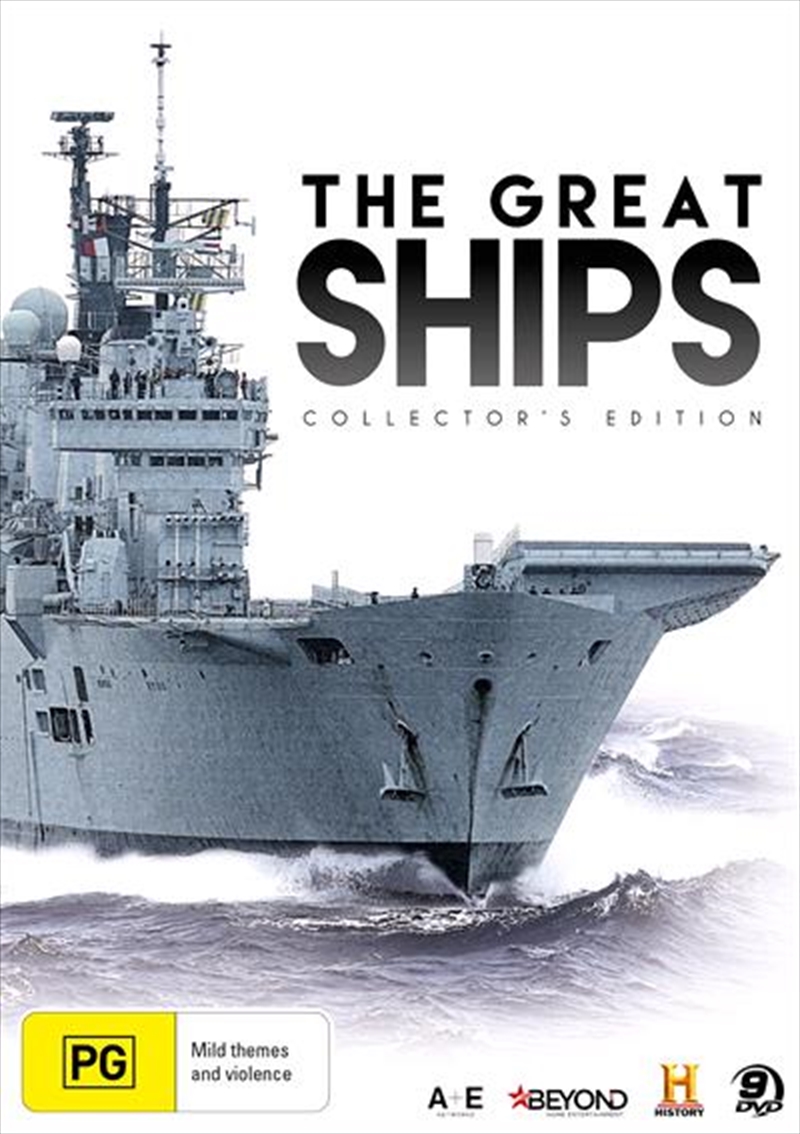 The worlds great ships were the vessels of adventure. They were the keys to vast riches, fame and world power. Join HISTORY as we roam majestically over the oceans of the world with everything from the modern Aircraft Carrier the largest warship ever to sail the seas, acting as the centrepiece of a mighty taskforce to the Battleships that were designed to be the ultimate expression of naval power and proved themselves to be indispensable during some of the most dramatic moments of World War II. Combining dramatic re-creations, sophisticated 3D computer simulations, and incredible archival footage, GREAT SHIPS brings to life the danger and romance of their voyages, their battles and their races across the oceans. International experts introduce the innovators who built them, as well as the brave men who sailed them.
DETAILS