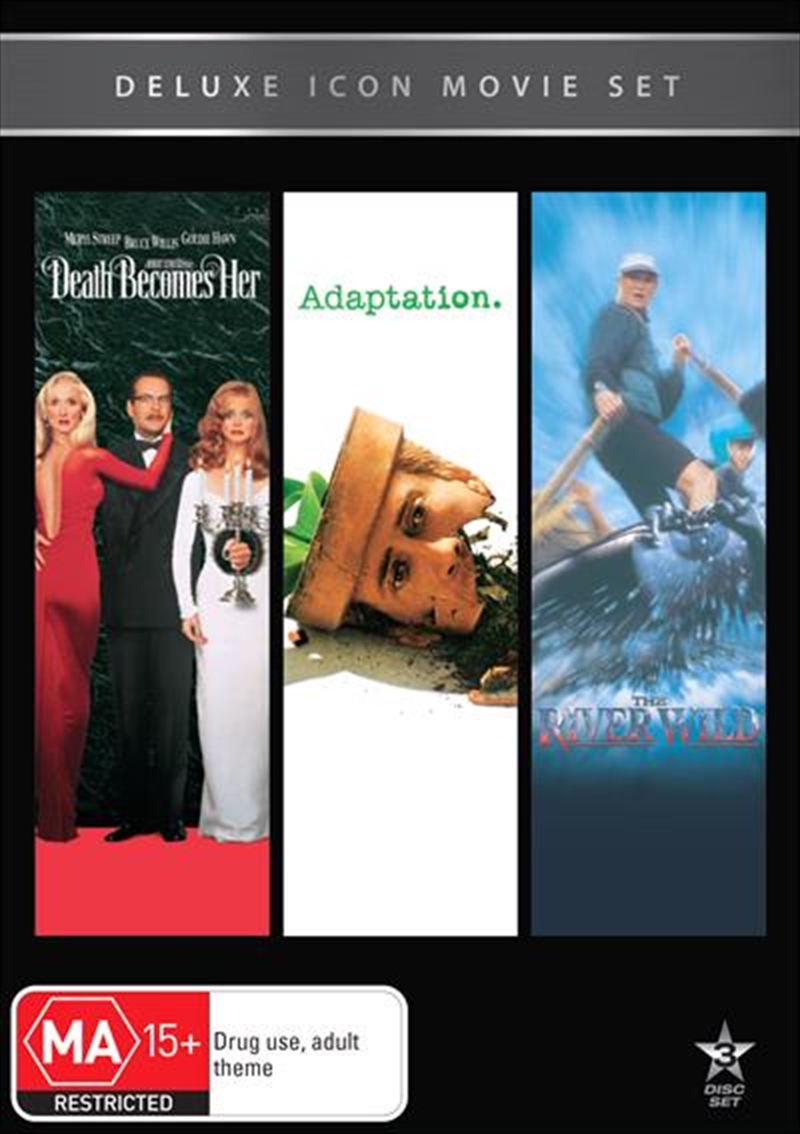 Adaptation
Nicolas Cage is Charlie Kaufman, a confused L.A. screenwriter overwhelmed by feelings of inadequacy, sexual frustration, self-loathing, and by the screenwriting ambitions of his freeloading twin brother Donald (Nicolas Cage). While struggling to adapt "The Orchid Thief," by Susan Orlean (Meryl Streep), Kaufman's life spins from pathetic to bizarre. The lives of Kaufman, Orlean's book, become strangely intertwined as each one's search for passion collides with the others'.

The River Wild
Meryl Streep portrays a former river guide who arranges a white-water rafting trip to celebrate her son's birthday and salvage her shaky marriage. Her skills and courage are soon put to the test when three mysterious strangers threaten to turn their vacation into a living hell.