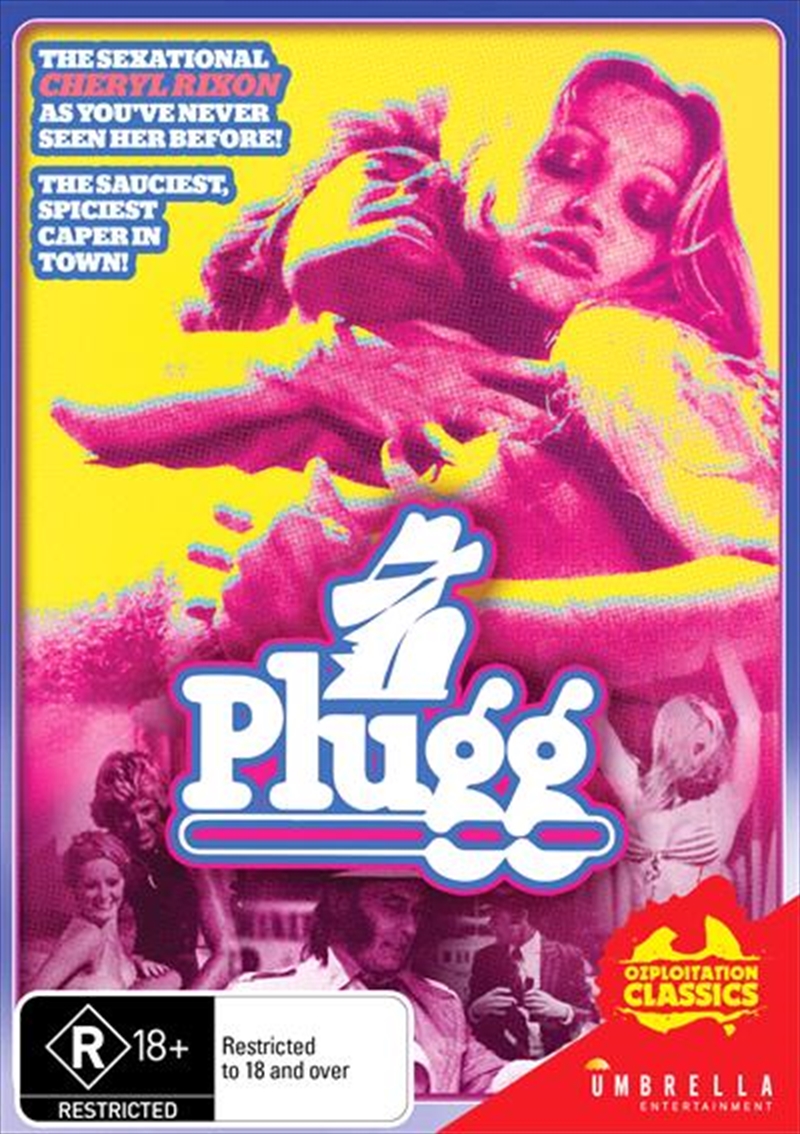 The sauciest spiciest caper in town!

Plugg is a slapstick comedy in which a blonde from the Pussycat Escort Agency is stalked and ogled by a comic private detective named Plugg (Peter Thompson, Mad Dog Morgan).Private detective, Horatio Plugg, has been commissioned by Mayor Claude Marshall-Enright (Edgar Metcalfe, A Cry in the Dark) to get a complete dossier on the Perth-based agency so it can be shut down. The owner of the detective agency (Alan Cassell, Breaker Morant) wants to keep practicing his golf so gets Plugg on the case...The inept Plugg thinks the arrival of horny farmer(Phil Cleary) who wants to get off with Kelli Kelly (Cheryl Rixon, Homicide) is the perfect chance to nail the Escort Agency. But as he's perving on Kelli Kelly, he's also being pursued by a disaster-prone policeman, Inspector Closer (Norman Yemm) and his constable side-kick (Reg Gorman). All parties meet in the climactic court case following a series of chases.