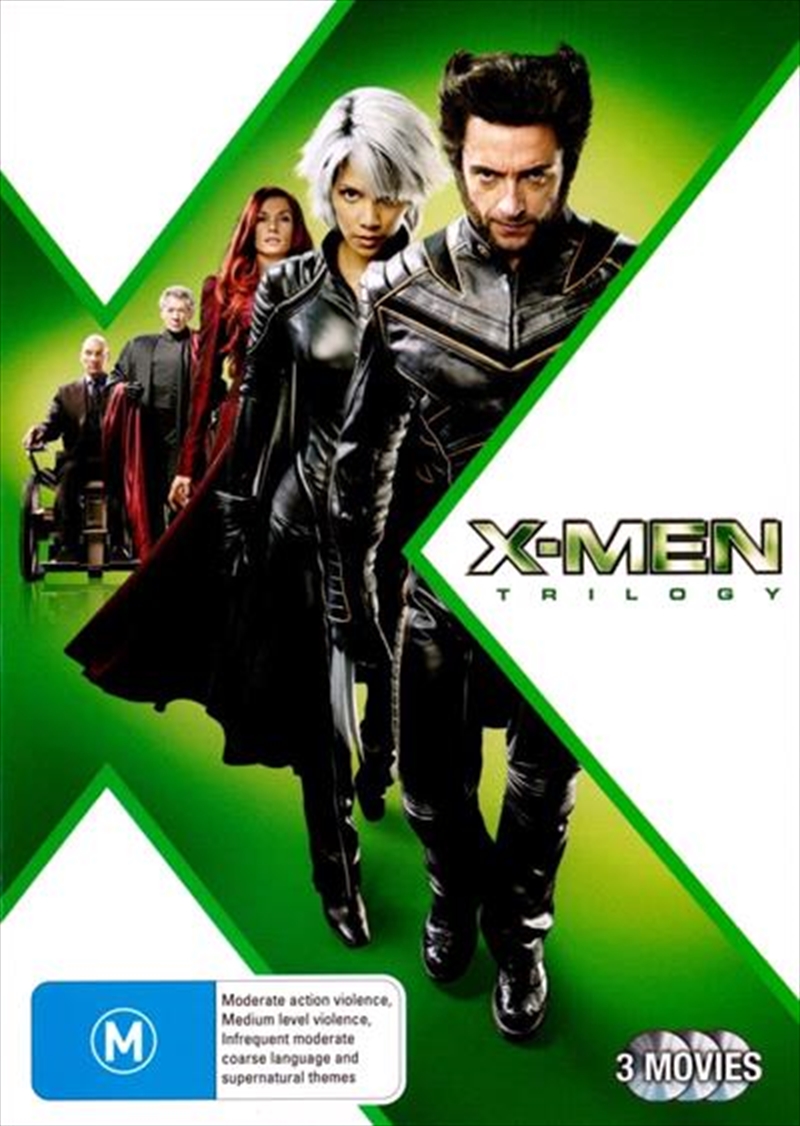 X-Men (2000) Witness the evolution of spectacular action and excitement in this dazzling "feast of fantasy" (San Francisco Chronicle) unlike anything you've ever seen before. Born into a world filled with prejudice are children who possess extraordinary and dangerous powers - the result of unique genetic mutations. Cyclops unleashes bolts of energy from his eyes. Storm can manipulate the weather at will. Rogue absorbs the life force of anyone she touches. But under the tutelage of Professor Xavier (Patrick Stewart), these and other outcasts learn to harness their powers for the good of mankind. Now they must protect those who fear them as the nefarious Magneto (Ian McKellen), who believes humans and mutants can never co-exist, unveils his sinister plan for the future! Pulsing with state-of-the-art visual effects and unforgettable characters, X-Men "delivers it all" (ABC-TV)X-Men 2 (2003) Mutants continue their struggle against a society that fears and distrusts them. Their cause becomes even more desperate following an incredible attack by an undetermined assailant possessing extraordinary abilities. The shocking attack renews the political and public outcry for both a Mutant Registration Act, and an anti-mutant movement, now led by William Stryker. A vocal, wealthy, former commander for the Army, Stryker, is rumored to have experimented on mutants. Stryker's dubious mutant 'work' is somehow tied to Logan's/Wolverine's mysterious and forgotten past. As Logan/Wolverine searches for clues to his origin, Stryker puts into motion his anti-mutant program--launching a severe attack on Professor Xavier's mansion. Magneto, newly escaped from his plastic prison, proposes a partnership with Professor Xavier and the X-Men to combat their common and formidable enemy: Stryker. With the fates of Xavier, mankind, and mutantkind, in their hands, the X-Men face their most dangerous mission yet.X-Men: The Last Stand (2-Disc Special Edition) (2006) Swo
TRAILER
DETAILS