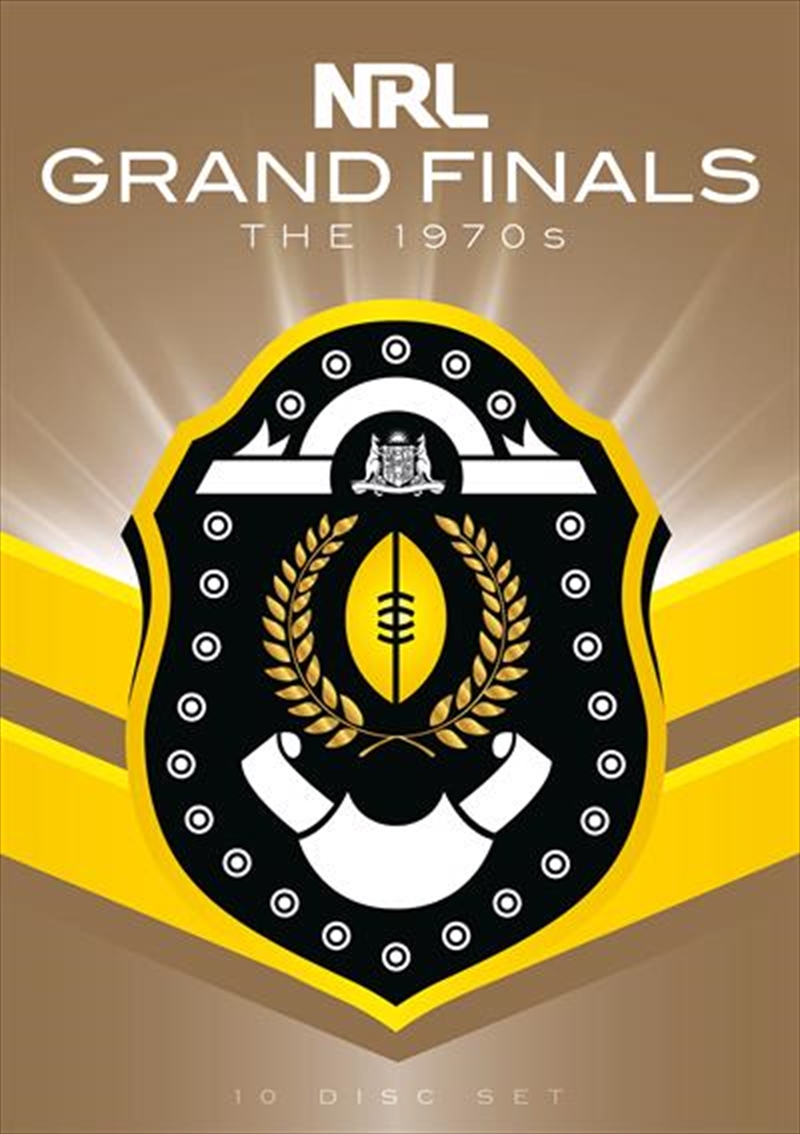 The 1970s was an era when Rugby League rightfully earned a reputation as a hard mans game, evoking memories of Saturday afternoon matches at suburban grounds around Sydney, or a muddy SCG in the depths of winter. And it proved to be a decade that witnessed some of the greatest Grand Finals in the games history. Who could forget the 1970 decider - when the Rabbitohs John Sattler played through the pain of a shattered jaw - or the bruising 1973 classic between the Sea Eagles and the Sharks. Marvel at Manly-Warringahs champion teams of the 1970s led by legends such as Bob Fulton, Graham Eadie and Max Krilich who won four Premierships in seven years. Witness Jack Gibsons Eastern Suburbs Roosters go back-to-back in 1974 and 1975, with Artie Beetson, Russell Fairfax and Ron Coote all running out in the Tri-Colours jersey. Relive the epic slugfest that was the first-ever drawn Grand Final in 1977, when St George and Parramatta could not be split after 80 minutes of attrition, and had to come back a week later to do it all over again. It would be the young Dragons side, led by Steve Edge and Rod Reddy and dubbed Baths Babes after veteran coach Harry Bath, who would eventually prevail with their first of two Premierships in the latter part of the decade; but in Parramatta a sleeping giant was stirring. Sit back and relive Rugby Leagues showpiece event with every Grand Final of the 1970s, presented in their original broadcast format.