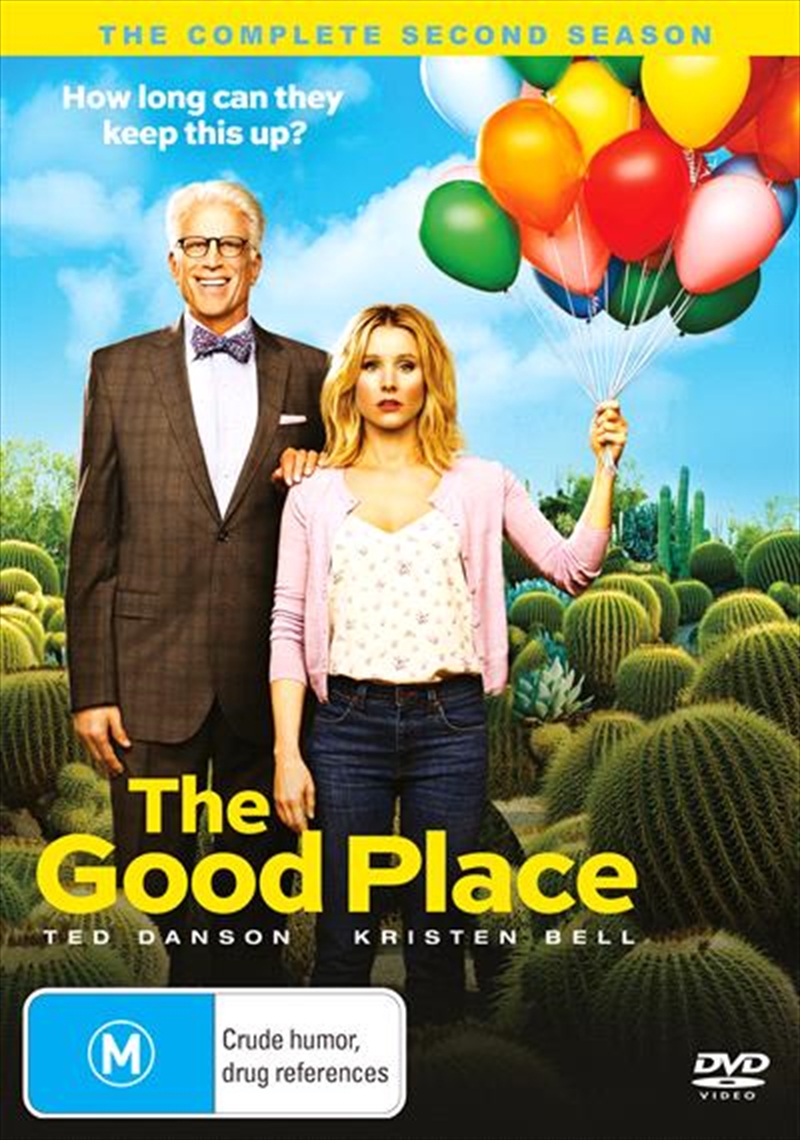 DESCRIPTION
Welcome to The Good Place. Everything is fine.

From the outrageous mind of Michael Schur, executive producer of Brooklyn Nine-Nine and Parks And Recreation, comes the side-splitting second season of the award-winning comedy starring Kristen Bell (Veronica Mars) and Ted Danson (Cheers). After Michaels disastrous attempt to torture Eleanor, Chidi, Tahani and Jason for eternity goes belly-up, Eleanor and the gang are rebooted and Michael has revised his plan to keep his torture subjects separate. Only now, Michaels soul is on the line, as his boss, Shawn, wont allow another attempt!
DETAILS