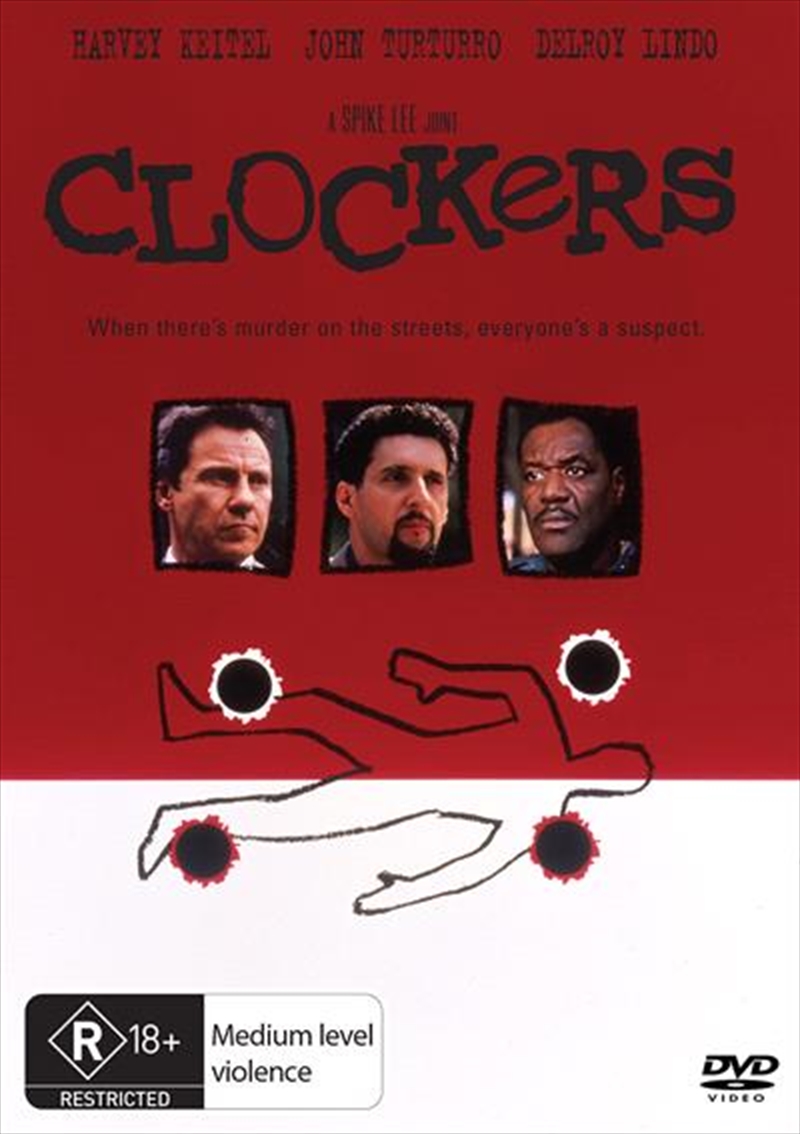 SEE MORE IN:
Shocking Clearance
DESCRIPTION
When there's murder on the streets, everyone is a suspect.

A "clocker" is a 24-hour drug dealer, and Strike (Mekhi Phifer) is the hardest-working one on the streets. But for Strike, time is running out. When the local drug kingpin (Delroy Lindo) tips Strike off about an opportunity for advancement, a rival dealer ends up dead, and Strike suddenly finds himself caught between two homicide detectives. One is Mazilli (John Turturro), who's only looking for an easy bust. The other is Rocco (Harvey Keitel), who's looking for something much harder to find - the truth - and when Strike's law-abiding brother confesses to the murder, Rocco vows not to rest until he's sure the real shooter is behind bars.
TRAILER
DETAILS