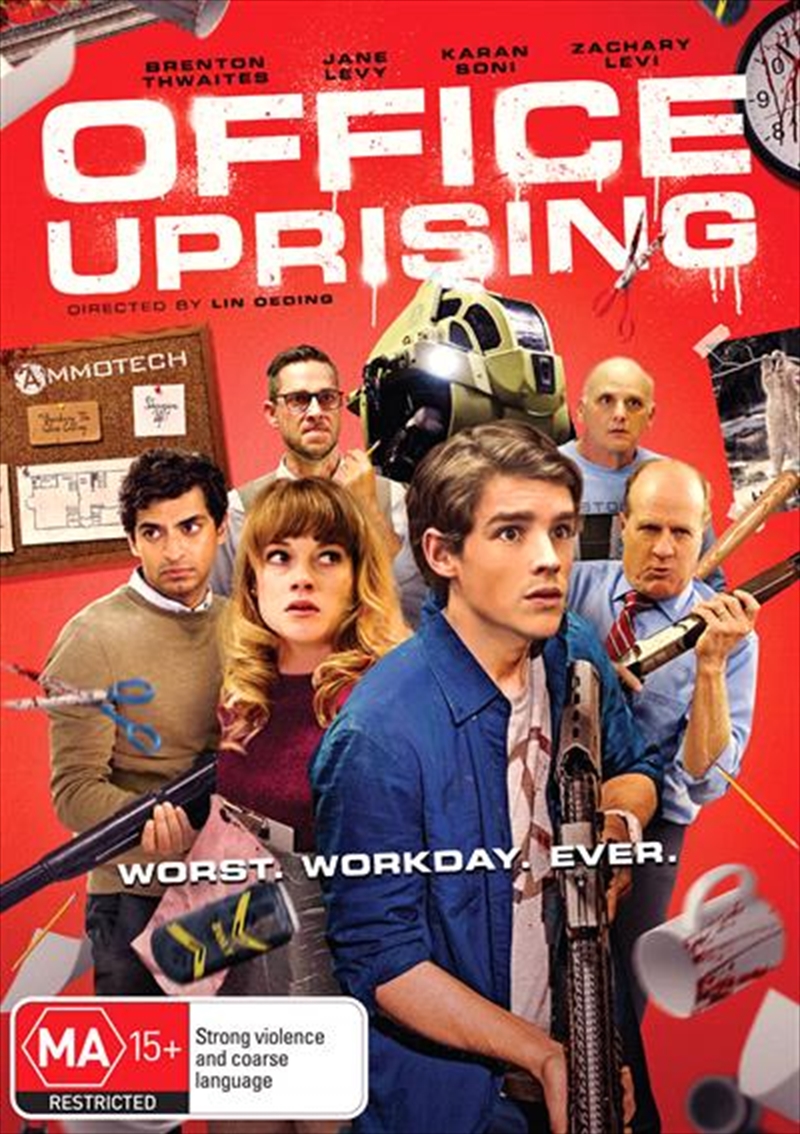 Brenton Thwaites, Karan Soni (Dopinda from Deadpool) and Zachary Levi (TVs Chuck) star in OFFICE UPRISING - an outrageous new comedy packed with laughs, mayhem and a little bit of horror!Thwaites is Desmond, an underachiever working at Ammotech, a leading weapons manufacturer. But when his co-workers are weaponised by Zolt (an experimental energy drink being developed for the military) the office turns into a war zone. Facing a horde of homicidal maniacs and a boss whos even more mental than usual, Desmond and an unlikely team of heroes set out to rescue his true loveand make it to the end of a killer day at work!
DETAILS