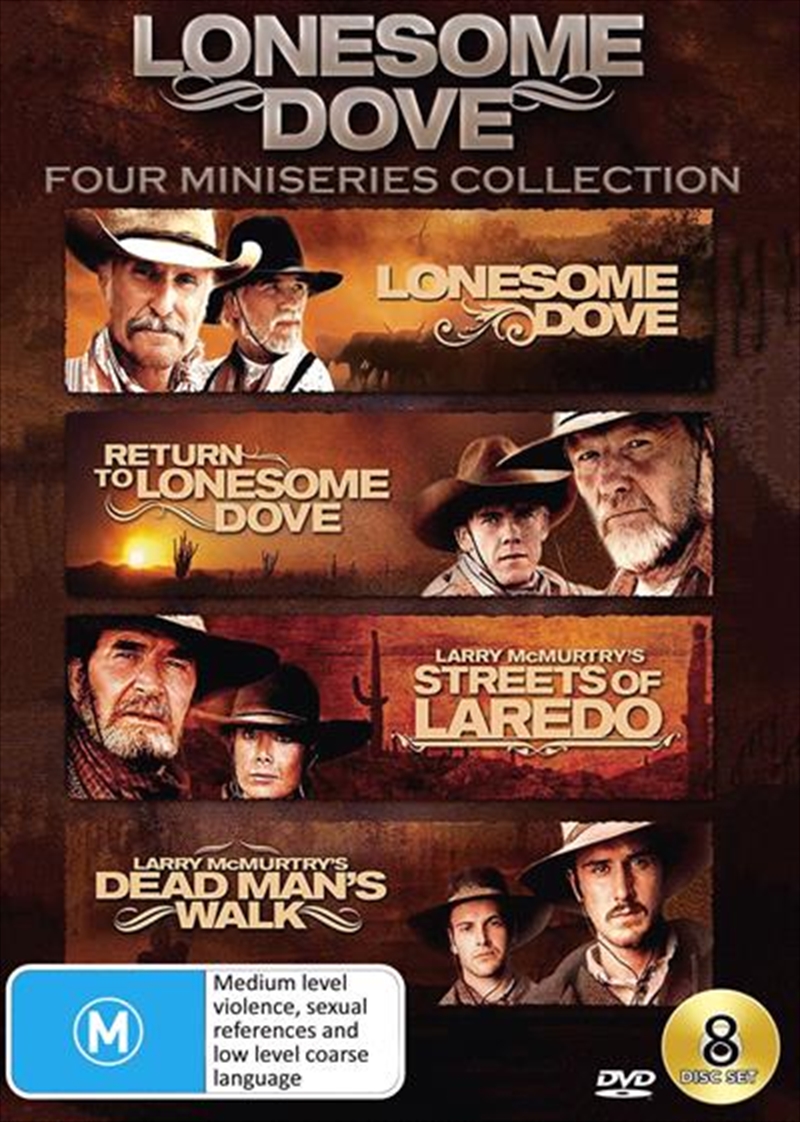 There's never been another series that captured the unbeatable spirit of the American West like Lonesome Dove. Return to the rugged and precarious frontier - and the men and women who tried to tame it.
Lonesome Dove: The original saga begins with the ground-breaking miniseries about two friends, Gus McCrae and Woodrow Call, who risk everything to make an epic cattle drive through hostile territory from Texas to Montana.
Return to Lonesome Dove continues the story of Woodrow Call and his son, Newt, as they confront gun-wielding rival ranchers in an effort to protect their land and way of life.
Streets of Laredo: Texas Ranger Woodrow Call from Lonesome Dove is back, as a bounty hunter. His mission is to track down Joey Garcia and bring him to the gallows.
Dead Man's Walk - In this prequel we follow Gus and Woodrow in their early days as young men determined to make a name for themselves as Texas Rangers.
DETAILS