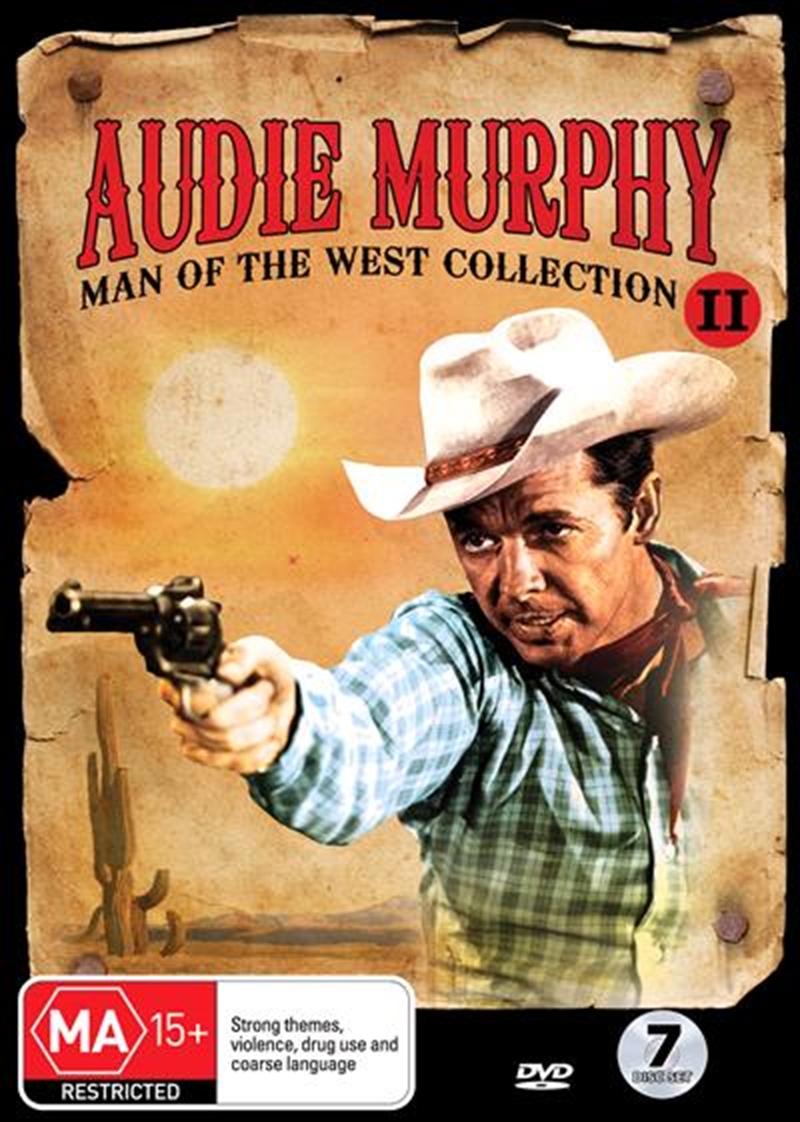 DESCRIPTION
Rustle up some classic action with screen legend Audie Murphy! Featuring eight more classic films in this special DVD release collection.
The Texican (1966) - Audie Murphy has been framed and comes out of hiding in Mexico to track down a corrupt saloon keeper. The
Cimarron Kid (1952) - After being falsely accused of a payroll heist, the Cimarron Kid heads for the high country where he joins the outlaw Dalton gang.
Ride Clear of Diablo (1954) - Clay O'Mara (Audie Murphy) vows to bring justice when his father and brother are murdered by cattle rustlers.
Joe Butterfly (1957) - American soldiers in occupied Tokyo get mixed up with a conniving black-marketeer.
Night Passage (1957) - When the local railroad becomes the constant target of a band of desperadoes led by the notorious Whitely Harbin (Dan Duryea), train officials recruit soft-spoken but life-hardened employee Grant McLaine (Stewart) to guard the payroll from any more robberies.
Ride a Crooked Trail (1958) - In a refreshing change of pace role, Audie Murphy plays Joe Maybe, an outlaw who is mistaken for U.S. Marshall Jim Noonan, when he assumes the man's identity after his death
Hell Bent for Leather (1960) - Hell Bent for Leather is a thrilling western featuring Audie Murphy in the role of Clay, a cowboy hunted by a posse out for blood.
World In My Corner (1956) - Tommy Shea (Audie Murphy) is a poor kid who quickly rises in the ranks of welterweight boxing but never gets a chance at a title fight. Anxious to wed his girl (Barbara Rush) and get her away from her overbearing father, Tommy agrees to throw a bout against the champ.
DETAILS